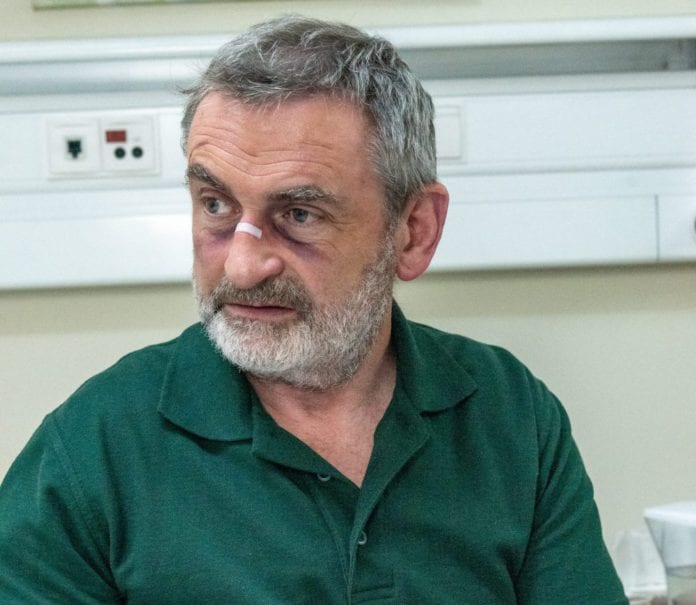 Andy, desperate to see Jude in hospital, begs the prison guards to let him out of jail. When his demands are not met he takes matters into his own hands.

Caitríona has agreed to advertise products for ‘Saol Glas’, a company that sells environmentally friendly products.

Although not happy at not receiving payment up front, she looks forward to advertising their make up products on her Vlog.

But Caitríona’s delight soon turns to despair when she opens the box of products they sent her.

Annette keen to have a relationship with David is delighted when he agrees to meet her for a coffee later. Her hopes are soon scuppered when David sees what she is wearing.

Bobbi Lee is not happy Tadhg has asked Annette to attend the ‘First Aid’ course Niall has organized. Niall feeling sorry for her, tells her he will have a word with Tadhg.

Bobbi Lee is delighted and hoping to impress on the day asks Niall for a crash course in ‘First Aid’. Will Niall manage to teach Bobbi Lee a thing or two?