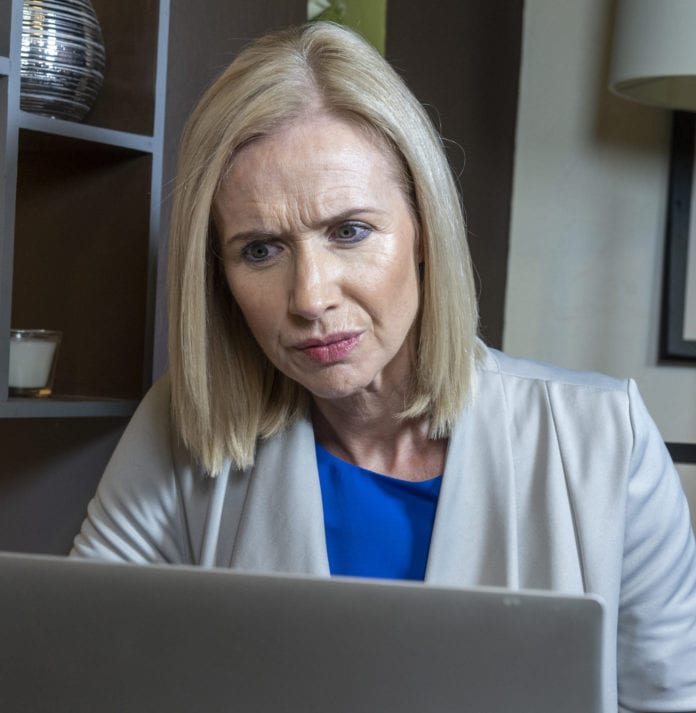 Berni breaks the baby news to Evan, mother and son begin a tentative new chapter, and Caitríona is running out of options on Ros na Rún.

Berni is still trying to reach Evan to tell him her news. But, in true Ros an Rún style, someone lets her secret out before she has a chance to speak to him.

To Berni’s surprise, Evan is ecstatic about the news of having a new brother or sister.

Life might all seem to be going perfectly for her. But Beware the Ides of March, tragedy strikes and leaves her heartbroken. How will Berni recover from this?

Bobbi Lee has her own worries, still reeling from the shock of yesterday’s news.

Niall plays referee and urges both mother and son to talk about this. After a much needed heart to heart, the two begin to bond and start a new chapter.

Having tried and failed several times to solve her financial difficulties, Caitríona is still in dire need of cash/

Things get worse when Colm comes across her stolen goods and presses her to return them, warning that she could go to prison.

Will Caitríona heed this advice, or is she faces the prospect of a future behind bars.

Ros na Rún is on tonight, March 3 on TG4 at 8:30pm, with more stories to follow all of this again on Thursday.