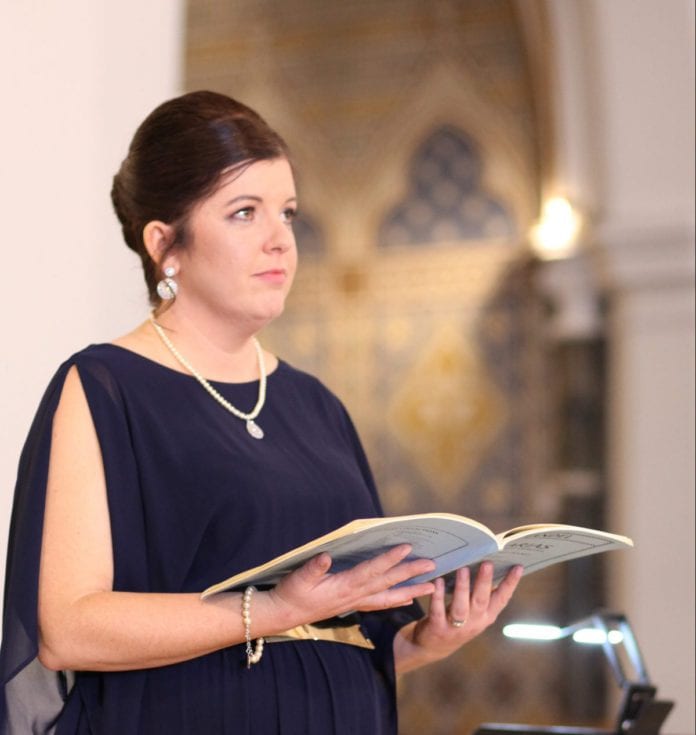 Galway is home to music of all stripes including opera, as the extraordinary Soprano talents of Oranmore singer Helen Hancock will give voice to at a charity concert in aid of St. Vincent de Paul.

Helen will dazzle audiences with a beautiful evening of singing and music to suit all tastes, including opera arias, songs, and musical theatre.

The ‘A Night in November’ charity concert will take place at Keane’s Music Venue in Oranmore on Friday, November 8 from 8pm.

Accompanied by Mark Keane on piano the programme for the night will include everything from Handel and Mozart opera for a bit of classical drama, to French song and Kurt Weill.

Helen has just completed two summer schools in singing performance abroad – Abingdon Summer School for Solo Singers in the UK and “The Singer as Artist” in France and is in her 5th year of vocal studies with Owen Gilhooly.

On top of her solo singing career Helen is also the Choral Director of The Marine Singers from Oranmore, a choir from the Marine Institute.

They will perform a varied programme of on the evening with everything from Simon and Garfunkel to Billy Joel to sacred choral music.

“I and the choir both sang in the opening ceremony of the Oranmore Arts festival in May in Keanes Oranmore so this concert is a natural progression from that,” Helen said.

“It is great to be able to stage a concert locally for a local charity.  Mark Keane and I performed together in August in The Yeats Tower Thoor Ballylee in Gort for Heritage Week which was a great success and we are excited about another performance together.”

On the same weekend in 2018, Helen gave her very successful debut evening concert “Awakening” for the St Vincent de Paul in the Augustinian Church Galway which raised well needed funds and she has been performing frequently in Galway and Limerick since then.

Admission to this charity concert is €15 for adults and €10 concession. Tickets can be purchased from Vincents Shop, Oranmore, McHugh’s Spar, Oranmore and on the door on the night.