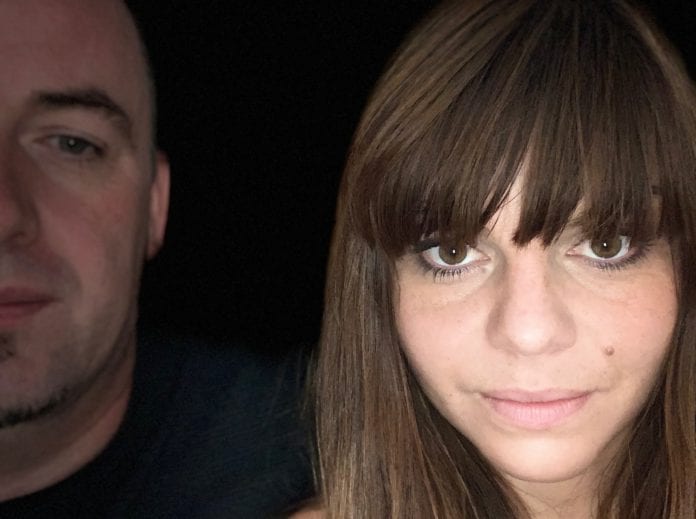 Galway band Collective Whisper has released a stunning new upbeat single which serves as a very welcome antidote to the current global situation.

Surprising fans yet again with its original sound, the local band has added to earlier songs with memorable melodies that stand on their own, and the new single is sure to awaken and inspire listeners.

Having been involved in the local music scene for over 15 years, Simon K – the band’s main songwriter and composer – started out busking on the streets of Galway before playing with bands such as The Acousticats, No Alibi, The F.N.G’s, Meta4 and The Wave.

He then worked in Tuam and the surrounding areas as a guitar teacher, and was well known in local circles for his guitar teaching. Simon was also involved in production and songwriting, working with various youth organisations in Tuam, Galway city and Portumna.

Aleksandra, originally from the south west of Poland, moved to Tuam in 2007, three years after her parents had settled in Ireland. She wasn’t able to speak English at the time, and learned it ‘as she went along’.

Although she grew up in Poland, Aleksandra says that she became a different woman in Ireland after learning about a new culture, people, traditions, as well as different beliefs and a new lifestyle.

She says that she was astounded by the friendliness, open-mindedness and the easy-going approach towards life.

“I felt like anything was possible!” said Aleksandra. “People were very welcoming and helpful and most of all, even though the weather was never good in my opinion, somehow they always managed to find the good side of things and so I have learnt to cherish every little thing and feel grateful for what I already have, plus a little smile goes a long way.”

Back in Poland, Aleksandra had never thought about joining a band. She did most of her singing in the shower, but when she experienced the Irish approach towards the music – how fun, exciting, beautiful, easy-going and non-judgemental it was – she gained the courage to challenge herself and join the band.

Aleksandra adds a uniquely multicultural style to Collective Whisper – her vocals are mesmerising and instantly captivating.

Simon and Aleksandra moved to Madrid in 2013, taking a break from music for a while – but they now feel inspired to start again, and want to release all the music they had tucked away, waiting to be heard.

Collective Whisper’s songs are about love, loss and life and each one tells a different story and after their extended hiatus, they have returned with a bang, with a fresh sound to lift people’s spirits and give them a ‘reason to believe’ in something.

The band’s first debut EP ‘Reason to believe’ released in 2010 received major acclaim, inspiring many fans around the globe. The band’s debut EP is available in all stores, and this year they plan to release more new, unforgettable singles.

If ever there was a time to listen to the Collective Whisper, it is now. The band which originated in Galway is an exciting band with a mix of rock, pop and acoustic music that will leave you wanting more and more.

Check out Collective Whisper on Spotify and their website.

For those who haven’t already heard it, here’s their fantastic new single, released last week, called Some 1.