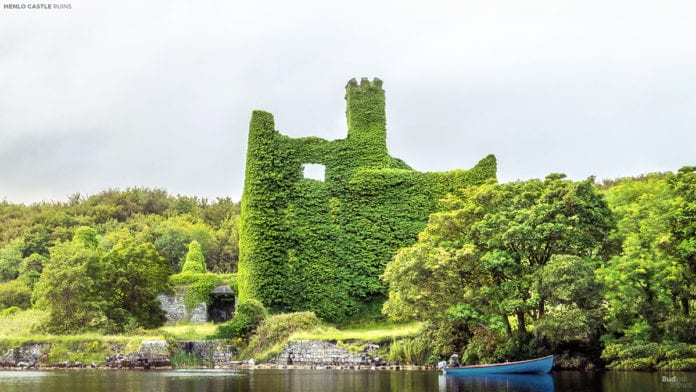 A video of Menlo Castle being restored to its former glory has appeared on the website of Australian insurance company, Budget Direct.

Seven castles around Europe were chosen to be reconstructed virtually, working with designers and architects.

The video shows Menlo Castle as it is today, and what it would have looked like in the past.

The 16th-century castle was the home of the Blake family, English nobles that inhabited the Menlo estate from 1569 up until a fire destroyed the castle in 1910, in which three people died.

The Blakes were described as the richest family in Galway in 1592, as they owned extensive property in the counties of Mayo, Clare, and Galway.

A local midwife to the Blake family used to tell a story that while on a night journey to the
castle she heard fairy music and saw the fairies dancing in a fairy ring in a nearby field.