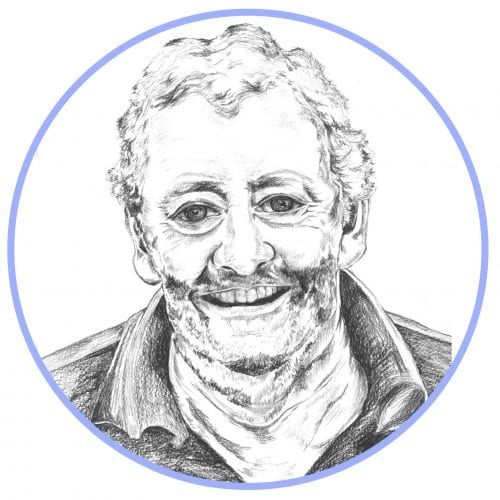 The fundraising concert is a celebration of friendship and life, with Ireland’s top traditional musicians and singers joining together in aid of Croí, the Heart & Stroke Charity, and Cancer Care West.

Traditional music was a huge part of Seán’s life and this concert is a continuation of Seán’s unrelenting support of music in the West.

The special Cairde charity CD, originally released by Seán in 2002 with the support of Anne Conroy and Joe Burke, will be available for purchase on the night.

It features 22 tracks from some of Ireland’s finest, including Matt Malloy, Frankie Gavin, Mary Staunton, Tommy Peoples, Seán Maguire to name a few, and all friends of Seán.

“Seán loved life and music, and he wanted to reissue the CD to raise money for the West, but his health during the last few years of his life didn’t allow this,” Jody Henry said.

“So I decided that I would do this for him, by organising a traditional concert in Galway and reissuing this great CD”.

Seán was diagnosed with lung cancer in 1998, and for 18 years he fought the cancer and non Hodgkin’s Lymphoma before passing away in 2017.

His treatments had caused heart and liver failure, and he finally succumbed to ill health five days after having open heart surgery.

This concert supporting Croí and Cancer Care West aims to help those struggling in the same way that Seán did.

“We are so grateful and honoured to have been chosen as one of the charity partners for this event as it will allow us to raise awareness and continue lifesaving prevention work in the West,” says Christine Flanagan, Croí’s Fundraising Director.

While treatments for cancer have advanced in leaps and bounds in recent years, they can still have side effects damaging the heart.

Among it’s many good works, Croí attempts to raise awareness of the risk factors of heart disease in the community, and provides health checks to screen for early detection.

Cancer Care West provides many levels of support for people dealing with cancer and their families, including residential services for families of people undergoing treatment.

“This is a wonderful tribute to Seán and we would like to thank Seán’s wife Jody and the many musicians that will be performing on the night,” said Orla Cunniffe of Cancer Care West.

“Funds raised will go towards helping meet the costs of residential and cancer support services at Cancer Care West, which are provided free of charge to cancer patients and their families.”

“People in our community are affected by cancer every day, directly or indirectly through a loved one.”

“Our vision is that no-one should have to go through a cancer experience alone, and everything we do has this vision in mind.”

Find out more about the two charities by visiting their websites at www.croi.ie and www.cancercarewest.ie.

Michael Malone - January 28, 2023 0
People Before Profit Galway has expressed its continued solidarity with workers at the Corrib Oil filling station in Ballinasloe on strike today until 10pm. Today's...