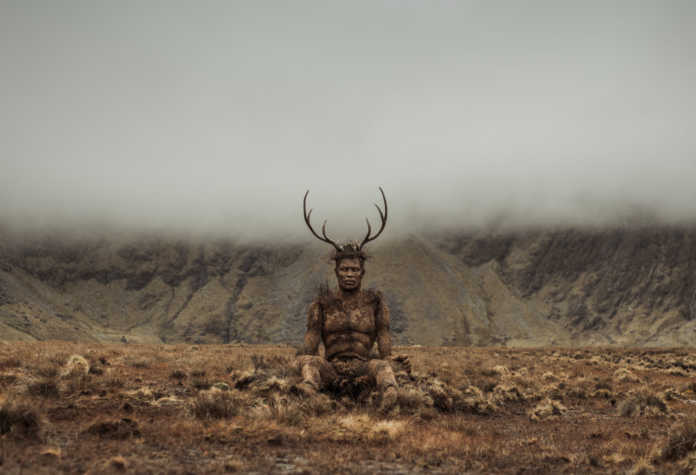 Macnas, the masters of storytelling and spectacle, and Galway 2020 European Capital of Culture, this week released the Legend of Gilgamesh: Ep 3.

This is the third in a series of stunning short films depicting the ancient and exhilarating legend of Gilgamesh.

Firmly rooted in the city and landscape of Galway, this is a beautiful Macnas-infused interpretation of an EPIC story, the first ever hero’s journey, written over 1,000 BC.

The third in a triptych of short films sees ISHTAR (Úna Kavanagh), Goddess of Love, War and Death, act on behalf of the Gods to create the wild young warrior ENKIDU.

He is sent down from the heavens to rival the tyrant king GILGAMESH and challenge his quest to live forever.

Also, unveiled this week – a new mural of GILGAMESH himself – along with text from Marina Carr, located just off Eyre Square (to the side of The Hardiman Hotel).

A second mural, on the corner of Dominick Street and Bridge Street features UTA, the immortal one, who made a live appearance on Shop Street and the Prom in Salthill in September.

The project was originally conceived as a creative programme of large scale public performances in celebration of Galway 2020 European Capital of Culture.

However Covid-19 has seen Macnas go back to the drawing board to deliver a remarkable reimagined vision in the form of a digital storybook, the Gilgamesh Experience, unfolding online at Macnas.com.

Macnas will bring new life to the legend of Gilgamesh, with 3 short films rolling out between September and December 2020 and an extraordinary finale early next year.

A stellar team of local and international talent have collaborated to shapeshift and translate this mythical story for a whole new audience online.

It centres on Gilgamesh, a tyrannical young king who rules the city of Uruk (Galway). Two thirds god, one third man, Gilgamesh is bored, beautiful and obsessed with fame.

A cruel and unjust king, he wants to find the secret to immortality, become a God and live forever. The citizens of Uruk cry out to the Gods for help.

The Gods listen and create Enkidu, a wild young warrior sent down from the heavens to rival Gilgamesh and challenge his quest to live forever.

Join Macnas to see Gilgamesh forge battles, wreak havoc on his citizens and meet his match in the wild warrior Enkidu.

The first film, Legend Of Gilgamesh: Ep. 1 features Enlil, father of the Gods and an enemy of Gilgamesh, observe from the heavens a city and people living under the repressive rule of the young Gilgamesh as he wreaks havoc and chaos on all around him in his quest for immortality.

The second film, Legend Of Gilgamesh: Ep. 2, is again narrated by Seán McGinley as  Enlil, as he looks down on the majestic city of Uruk (Galway), a “city of canals and palaces, libraries and temples. Jewel of jewels.”

Here we are introduced for the first time to the imposing and majestic 12ft tall Gilgamesh on his throne at the Palace of Ishtar, as Enlil hauntingly reminds us of the young king’s tyrannical ways “You will gorge on your savage crimes… to the last rotting morsel.”

This dramatic new interpretation of the world’s oldest story, Gilgamesh is a Galway 2020 commission for the European Capital of Culture celebrations and sees Macnas take its traditional theatre and storytelling into new outdoor and digital territories, bringing the contemporary themes of this ancient origin story to life.