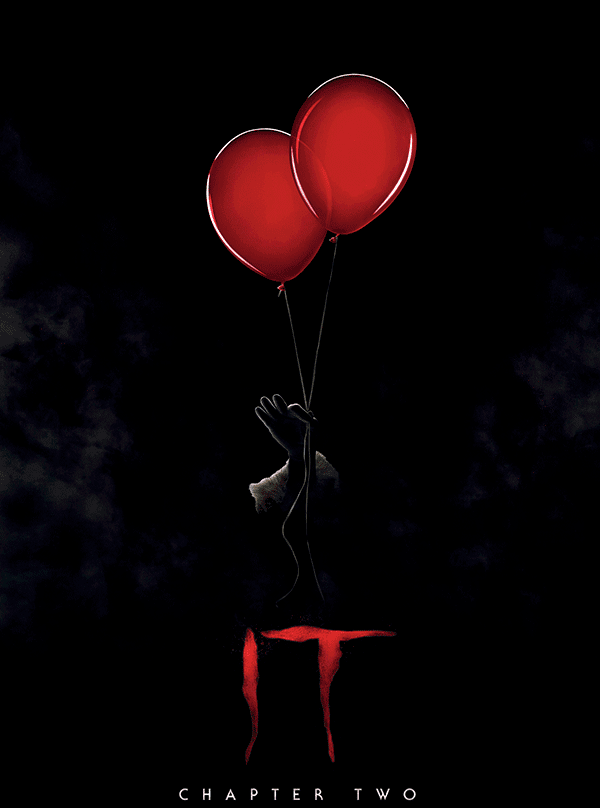 2017’s It arrived at just the right moment: when popular culture was suddenly remembering once again just how much Stephen King told a good scary story and the movie capitalised on that good will to earn an absolute fortune at the box office.

It also helped that the film itself was pretty good:  It played its story straight, was well made and cast and provided plenty of legitimately scary moments. So, a sequel was a foregone conclusion – and now, two years later, here it is: It Chapter Two.

Chapter Two tries to tick all the boxes to deliver as satisfyingly souped up sequel; it’s bigger, louder and most definitely longer.

But, despite of all this, the movie is a disappointment, which manages to be both simultaneously over-stuffed and under cooked.

27 years after the events of the first film, the now adult versions of the young kids from Chapter One must regroup and return to their home town of Derry, Maine, in order to put a permanent stop to the homicidal play-acting of Pennywise, the demonic clown from outer space who they had appeared to have consigned to Clown Hell at the close of the previous movie.

Turns out that wasn’t a permanent sentence and he’s back, for not entirely clear reasons, and – in true incorrigibly evil clown fashion – up to no good in abducting, mutilating and unleashing all manner of CGI beasties into the lives of the good folk of Derry.

Our bunch of heroes must figure out a way to put a stop to all this bloody clowning around – this time for good.

A large part of what made the first film so successful was the charm and believable performances of the young cast, which really helped to ground the story and give it heart, no matter how crazy and outlandish the action on-screen became.

Chapter Two is set nearly three decades further on, but also spends a lot of its running time travelling back to spend time, once again, with the original cast through the use of flashbacks.

The theory behind this approach to telling the story is to show a continuity between who the characters were as kids and how that helped shape them into the adults they would eventually become, who have all been damaged in some way from the traumas of the first chapter.

It leads to a very busy narrative, with many characters to deal with and constant shifting back and forth between the present and the past.

That isn’t a terrible storytelling device in and of itself, but what hurts the film and leaves it feeling unsatisfying is the fact that a lot of story that is given over to the adults isn’t really given its own proper weight and ends up feeling like an afterthought to the time spent with the original adolescent cast, when it should really anchor the film in its own right.

The characters as adults aren’t given time to breathe and develop properly and the action set in their past this time around feel like a repetition of beats from the first film, rather than enriching the story as a whole.

Also working against the film is the leaden mechanical nature of the script, which is often just a means of providing an excuse for staging remarkably repetitive sequences.

One after the other our grown up heroes must complete their own individual quest to obtain an artefact relevant to their past that will help them in the final inevitable big boss battle against Pennywise.

This gets old fast and that sense that you are watching the same basic scene repeatedly, without any real variation, is hard to ignore.

And the climax of the movie is just a basic re-hash of what we saw in Chapter One, just dragged out past the point of interest, with a bit more money to be seen on screen.

I felt pretty fatigued by the end of it – and not in a good way. Chapter Two is nearly three hours in length and oodles of it feels redundant and predictable.

but does it bring the fear?

Okay, you might say, whatever about that… does it really matter if it’s a scary movie? But at even that basic level of recommendation Chapter Two doesn’t satisfy. IT Chapter Two is not a scary movie.

It certainly tries to be, but only in the most predictable and frankly annoying ways possible. The jump scares are doled out regularly and while the first one or two might make you jump, the forty eighth certainly won’t.

The attempts the movie makes to be scary often creak badly due to an over-reliance on CGI, which often looks just plain goofy, rather than terrifying.

The few and far between subtle scares that the film tries to go for occasionally work – something unknown glanced in the corner of your eye or the film’s best scene of Pennywise talking to a young girl while partially hidden in the dark – but these are rare.

Overall, the scares have the wit and grace of a chainsaw that’s permanently on the verge of spluttering out: after a while you just want it to stop.

If you are a Stephen King nut you may get something out of this, but the result is just a waste of time, talent and the solid platform that Chapter One provided. You can’t be jump scared out of the feeling that you’re watching a mediocre movie, at best.