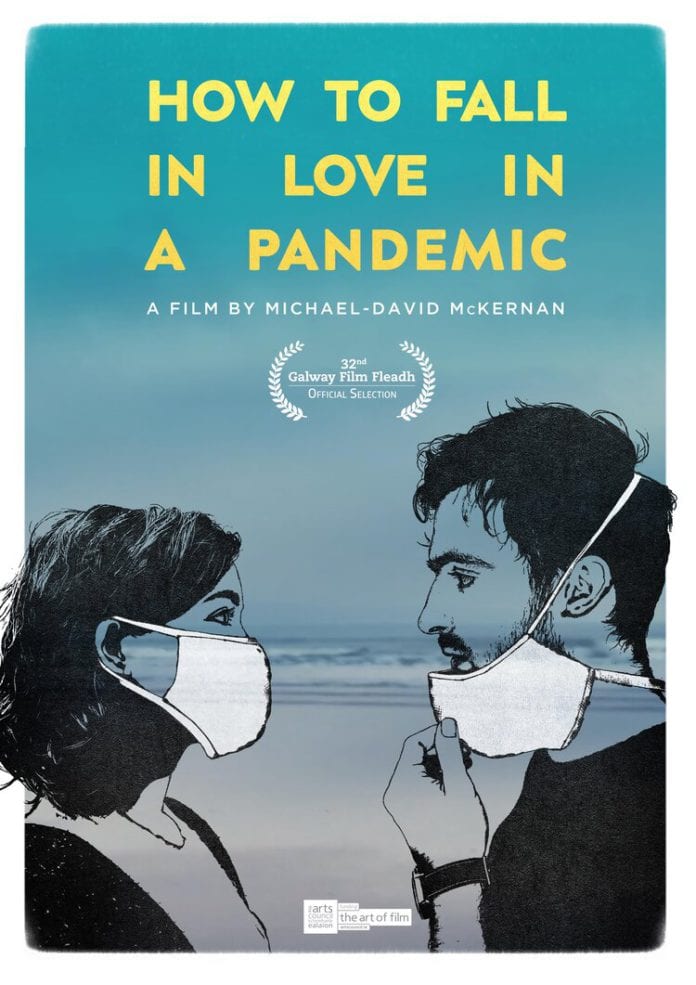 Two filmmakers have their Tinder romance taken to the extreme very quickly when the COVID-19 crisis forces them to move in together after two weeks.

Premiering online for the 32nd Galway Film Fleadh this month, How to Fall in Love in a Pandemic is is a short documentary from award-winning Irish filmmaker Michael-David McKernan, with accompanying soundtrack from electronic music producer Daithí.

Two filmmakers match on Tinder in Chicago, USA. Michael-David and Mimi spend a whirlwind weekend together before saying goodbye as Michael-David returns home to Ireland.

Two weeks later Mimi arrives in Dublin for a five day trip and returns to their capsule romance.

In the most you-wouldn’t-believe-it-if-you-heard-it style coincidence, Mimi lands on March 13, just as Ireland grounds international air travel due to the COVID-19 pandemic.

Her return flight is cancelled, and the pair are forced to go beyond their short plans and move in together indefinitely.

Using smartphones, they document the acceleration of their relationship and try to make sense of their new romance. How do you fast-track matching on Tinder to living together?

How to Fall in Love in a Pandemic | Trailer from Michael-David McKernan on Vimeo.

Directed by Michael-David McKernan from his own personal experience of lockdown, this is a story of accidental romantics, pushed together at a time when most people are being kept apart.

The film is a story about the most universal of feelings,” Michael-David McKernan says It’s a reminder that love can appear unexpectedly and be an antidote to strange and uncertain times.”

Describing it as a “deeply personal” film, David adds that its not one he ever expected to make.

“It is a time capsule to a special and crazy experience in my life that I’m sure viewers will connect with.”

Check it out on the Film Fleadh website at galwayfilmfleadh.com/film/how-to-fall-in-love-in-a-pandemic/.