This year Macnas are back with something big and different, with a Giant of Galway on the banks of the Corrib this Halloween.

CON MÓR will see Macnas signature stunning, massive creations, along with pop up music and dance performances across the city over the Halloween Bank Holiday Weekend

Noeline Kavanagh, Artistic Director said, “Con Mór celebrates the Macnas tradition of conjuring Giants into being… Who can ever forget Gulliver on the beach?”

Macnas are inviting people to come down to their home at Fisheries Field in the centre of Galway City, where the Giant will stand for 48 hours only on Saturday & Sunday, October 29 – 30.

“It’s a rave, it’s a pilgrimage, it’s the Bank Holiday Weekend! Pop up performances on site across the two days. Bring your feathers, your messages of hope and your wellies and we’ll see you there.” 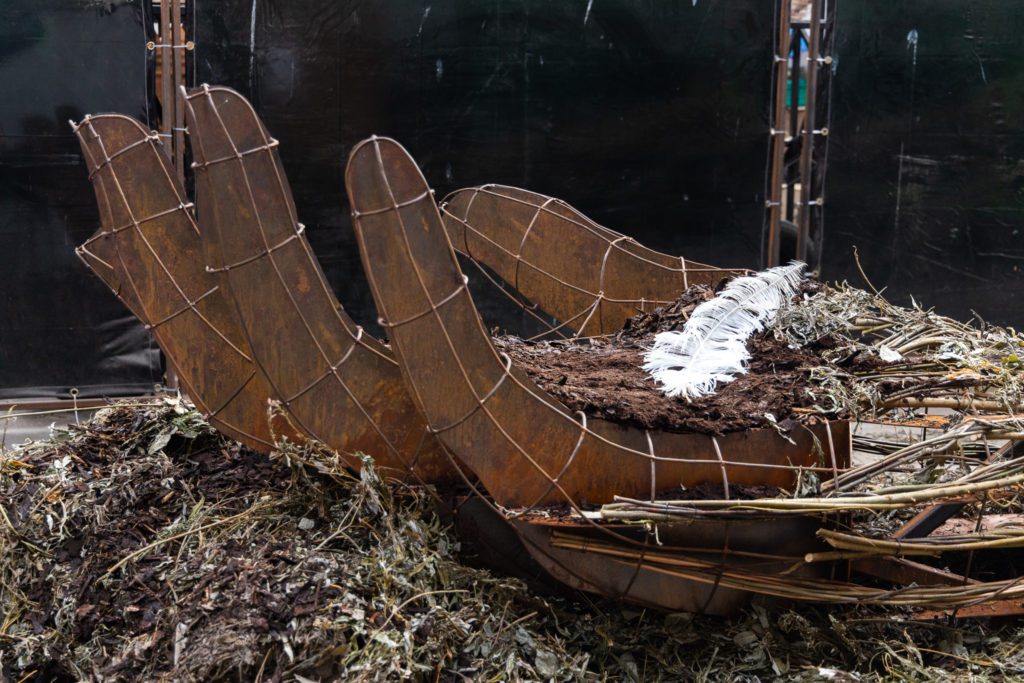 The Story of CON MÓR, The Giant

Inventors and explorers from all over the world are baffled by evidence of an ancient giant living underneath the Macnas workshop at Fisheries Field in Galway city.

Macnas called on Professor Marjorie Morrigan, an expert on Giants & Where They Come From for help.

Marjorie told them – “This giant seems to have been here for centuries. There is a very large iron nose, so big and rusty, you could park a car in one of the nostrils.”

Marjorie Morrigan went on to confirm that this big fella belongs to the legendary Tuatha Dé Danann tribe.

His name is CON MÓR and he comes from an ancient Island of Giants off the coast of Connaught.

CON MÓR was so famous across Ireland for his love of birds and nature, his friends used to call him The Bird King!

To help welcome him to Galway, Macnas is asking kids to make or find a feather – with a message of hope for the future – and deliver it to CON MÓR at Macnas over the Halloween Bank Holiday Weekend.

The Bank Holiday weekend will also see pop-up performances from the Macnas Drummers, Macnas Brass, Macnas Youth Theatre and Macns Stilt Ensemble across the city, made up of performers and participants from Macnas’s year round education and public participation programme.

Noeline Kavanagh added, “For fans, devotees and lovers of another great Macnas tradition… The Halloween Parade… Macnas will reclaim the streets of Galway next year, October 2023. And we can’t wait!”