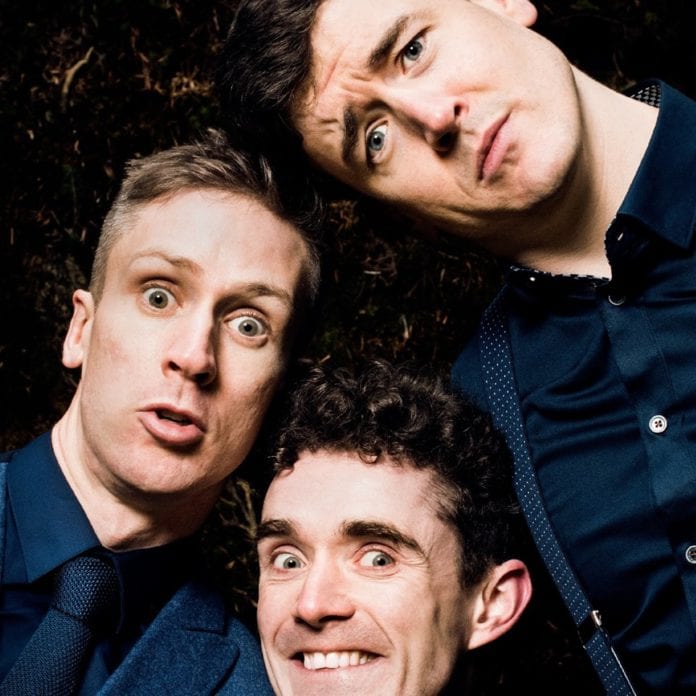 Foil Arms and Hog will play for two days on January 23 & 24 at Leisureland in Salthill as part of their Swines tour of Ireland and the UK.

Coming to popularity through YoutTube with their fantastic piss take of all things Irish Sean Finnegan (Foil), Conor McKenna (Arms), and Sean Flanagan (Hog) are one of the hottest things to come out of the Irish comedy scene in recent years.

The boys have proven that their sketches work just as well on stage as they do on screen, with audiences packing venues wherever they go whether it’s a long run at Vicar Street or coming to the Vodafone Comedy Carnival here in Galway.

Galway will be the second stop on the Swines tour in Ireland after opening in Dublin in late September.

Currently they are touring the US and Europe, with new videos still going up on YouTube every Thursday.

Tickets for the Galway tour dates are now available to purchase online.