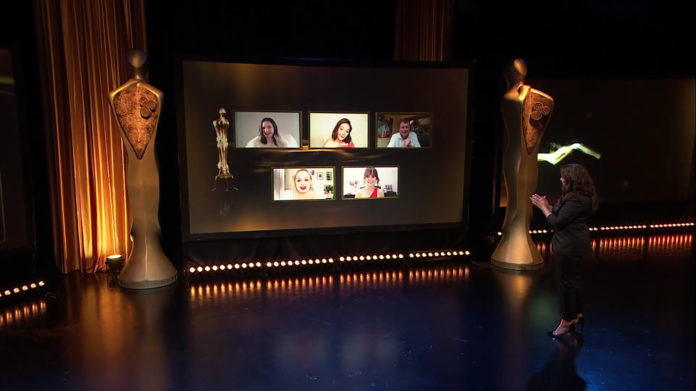 The star of Bridgerton and Derry Girls said that she was ‘over the moon’ after winning the award at the online ceremony which was presented by Gráinne Seoige.

Nicola said that it was another level of excitement to be presented the award by Mark Hamill because she was a Star Wars fanatic growing up.

Normal People won a total of nine of their 15 nominations including the IFTA for Best Drama and Paul Mescal won best actor in a drama.

The Best Film award went to Wolfwalkers which became only the second animated film to ever win this category at the IFTAs.

Nika McGuigan was posthumously honoured at the ceremony, winning Best Actress for her performance in Wildfire which was in post-production when she died in 2019.