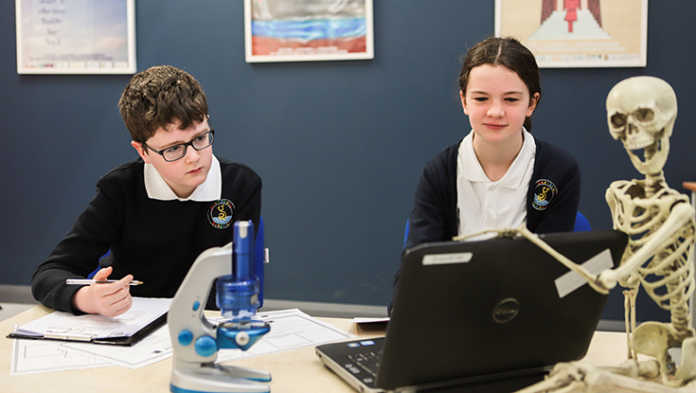 NUIG’s Cúram Centre and Galway Film Centre are launching the first ever ‘Science on Screen Film Festival Ireland’ which will take place next month.

The free online film festival will showcase the best of science in film and this year incorporates themes of representation and diversity in science and the value of art-science collaborations.

The Festival programme will be announced at the end of October 2020 and will include science themed feature films and short film programmes, along with the ‘Ask a Scientist’ panel session.

Over 200 primary school children from around Ireland have submitted their questions for ‘Ask a Scientist’, which will be broadcast online on Friday, November 6.

The event will be chaired by two sixth class students from Gaelscoil Riabhach in Loughrea, who will put the questions to a panel of three top researchers in biological, engineering and environmental sciences.

The festival will run for a total of four days from November 5 – 8. The opening film feature will be ‘Picture a Scientist’, which chronicles the groundswell of researchers who are writing a new chapter for women scientists.

Biologist Nancy Hopkins, chemist Raychelle Burks, and geologist Jane Willenbring lead viewers on a journey deep into their own experiences in the sciences, ranging from brutal harassment to years of subtle slights.

Along the way, from cramped laboratories to spectacular field stations, we encounter scientific luminaries who provide new perspectives on how to make science itself more diverse, equitable, and open to all.

The film festival builds on the Science on Screen programme which was created by Cúram and Galway Film Centre in 2016 to produces gripping science documentaries, which have reached over one million people worldwide.

“We are very proud to be launching the first Science on Screen Film Festival this year,” said Director of Cúram Abhay Pandit, adding that Ireland is a nation of “scientists and storytellers” and that this will showcase that.

“CÚRAM’s public engagement programme aims to provide easy opportunities for the public to ‘join the conversation’ about Irish research and the role of science in society generally.”

All of the original documentaries produced for Science on Screen will be part of the festival, telling the stories of patients living with chronic conditions like Parkinson’s, diabetes and stroke recovery and the Irish researchers working to improve their quality of life.

The Festival tagline, ‘Join the conversation’ invites audiences of all types to immerse themselves in scientific storytelling, hear from filmmakers and researchers on critical topics such as climate change and health research, and take the opportunity to question leading scientists on cutting-edge research.

“The festival will showcase the engaging and thought provoking content that is born from collaboration between our industries,” explains Alan Duggan, Manager of Galway Film Centre.

“In a time when our reliance on the accurate and sensitive portrayal of scientific facts and research is more important than ever, there is no better moment to ask audiences to join the conversation.”