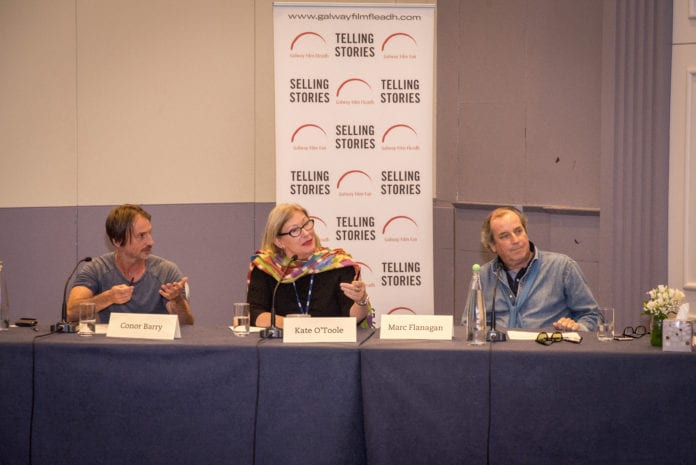 Entries are now being accepted for the Galway Film Fleadh Pitching Competition – which will take place as an online event this year due to COVID-19 restrictions.

Now in its 15th year, the competition has emphasised that good writing is still the backbone of the audio-visual sector and it has provided many writers with an opportunity to get their foot in the door of the industry.

The entry requirement is a 500-word written pitch from beginning to end, from writers of any skill level, with any genre of feature drama, documentary or animation being considered.

Finalists will be selected to pitch their idea live online as an ‘Elevator Pitch’ of 90 seconds to a virtual panel of industry judges and an audience.

The winner will be announced at the online Awards Ceremony and will receive a cash prize of €3,000.

In addition to the prize money and the opportunity to pitch to industry professionals, the there are many benefits of being selected for the Film Fleadh Pitching Competition.

Previous participants have cited opening the door to producers, having their project optioned by producers, being invited on mentorships to hone their craft, bolstering their confidence and providing the first opportunity for them to win over an audience.

As for the winner, the prize can allow them the time to develop and expand their pitch into a full feature film script.

Last year’s winner Roisin Jones has just been accepted on to the Screen Ireland Spotlight scheme which is supporting fresh and exciting emerging screenwriting talent.

Roisin will receive guidance and mentorship from an experienced script editor alongside a development loan and the opportunity to take part in an industry showcase at the end of the scheme.

Speaking about her experience last year Rosin said: “The pitching competition was a huge highlight of 2019 and provided extra ears on the project from the judges.

“Now it has also been accepted into the Screen Ireland Spotlight development scheme for 2020 which is very exciting as it means extra eyes on the script process.

“Fingers crossed that maybe within a few years everything will go full circle and I’ll be back in Galway with a fully completed film ready to premiere!”

The deadline for entry to the Pitching Competition is Thursday 18 June 5pm – and the entry fee is €30.