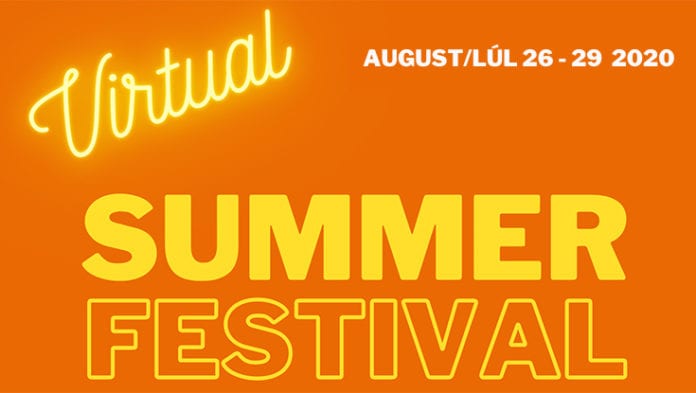 NUI Galway’s student societies are partnering with local artists and creators for a new Virtual Summer Festival this week to show that the arts are still going strong in Galway.

The festival will run from 26-29 August and feature a selection of theatre, visual art, music, film, gaming, and social events for all age groups and interests.

“This event is designed to celebrate Galway’s wealth of artistic and creative talent both within the University and in the wider community,” said NUIG Societies Officer Riona Hughes.

The creative community in Galway has responded to the call with an “exciting virtual programme” she added.

The Festival will include a number of theatre performances including the Irish Student Drama Association (ISDA) Awards which will be hosted online.

These will allow people an opportunity to watch some of Ireland’s top student theatre productions as they compete for the coveted Irish Student Drama Awards,

The twelve performances, ten of which are original works, will be screened twice each over the course of the festival before the Awards ceremony is streamed live on Saturday, August 29, at 9.30pm.

“We were very disappointed when we could not host the Awards ceremony this year but are delighted that we are able to host a virtual version as part of the NUI Galway Virtual Summer Festival, as the event is very important in the student drama societies’ year,” said Kate O’Mahony, NUIG ISDA Festival Director.

“A number of well-known theatre figures began their careers in student drama, including Pauline McLynn, Fiona Shaw and Donal Gleeson. We look forward to sharing student theatre with a wide audience.”

The festival runs from August 26th -29th. For a full list of events and booking details for the Virtual Summer Festival visit www.nuigalwayevents.ie.