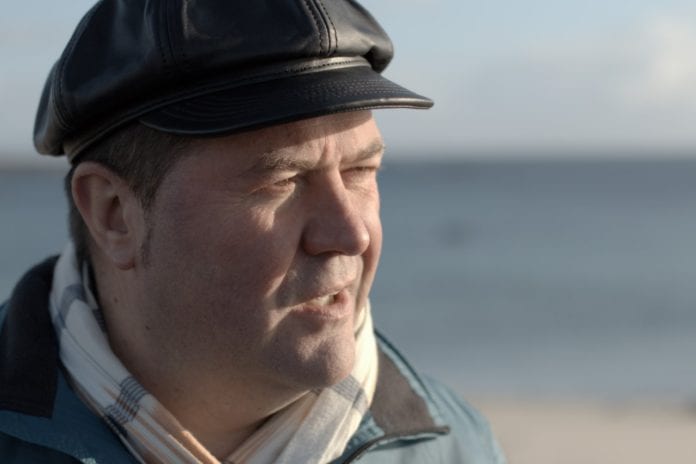 The 2019 Best Documentary Award at the Irish Film Festival London was presented to ‘Cumar – A Galway Rhapsody’ a film by NUIG’s Aodh Ó Coileáin this week.

‘Cumar – A Galway Rhapsody’ is a documentary which examines the influence of Galway city and Connemara on seven artists of varied fields.

In turn the lens focuses on the impact of these artists’ work on the place where they live.

The film is scored by Galway composer Jake Morgan while Galway Street Club make a guest appearance with their own brand of music.

It was conceived and directed by Aodh Ó Coileáin who teaches at NUI Galway’s Acadamh na hOllscolaíochta Gaeilge.

The film was produced by Paddy Hayes of Tua Films and premiered to critical acclaim at this year’s Galway Film Fleadh, it also screened at a film festival in Chicago last September.

Receiving the award at the Irish Embassy in London, Ó Coileáin said: “It is of particular significance to be selected for this award in London, a city so central to Irish artistic endeavour.

In the years after the Second World War many Irish artists and musicians, some of the hugely influential, came to London to make a living.

“Druid’s performance of ‘The Playboy of the Western World’ at the Donmar Warehouse Theatre, Covent Garden in 1985 was a milestone in Irish Theatre,” Ó Coileáin said.

“Many Galway International Arts Festival shows have transferred here,” he added, “It’s against this rich background that ‘Cumar – A Galway Rhapsody’ screens in London.”

The documentary will screen at Regent Street Cinema as part of the Irish Film Festival London, Sunday, 24 November at 7.30pm.

The screening will be proceeded by a drinks reception celebrating Galway 2020, European Capital of Culture.

Founder and Director of Irish Film London, Kelly O’Connor said: “We really loved the film and think it will become a long-standing document of the intrinsic essence and influence of Galway.”

He added that “We can’t wait to see how audiences respond to it here in London.”