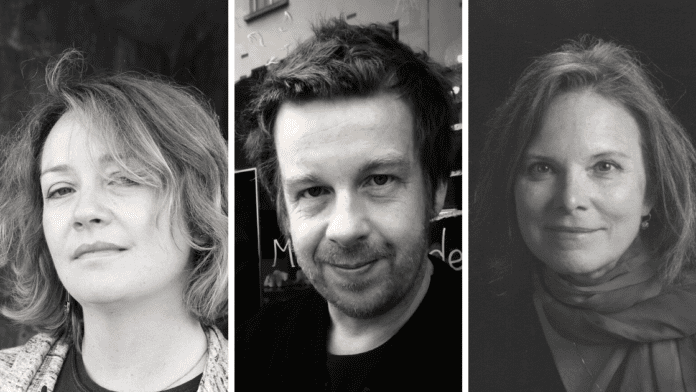 As event after event is forced to cancel this year thanks to the coronavirus pandemic, the Cúirt Literature Festival which takes place in Galway each year has decided to power ahead online.

The 2020 Cúirt International Festival of Literature will be presenting a completely free digital festival this month, which will be broadcast online from April 23 – 25.

Some of the events which have been confirmed so far include a series of talks between award winning authors from around the world such as Jan Carson and Kevin Barry in conversation with Peggy Hughes.

Eimear McBride, whose debut novel A Girl Is a Half-formed Thing won the Goldsmiths Prize and Bailey’s Women’s Prize for Fiction, will speak with arts journalist and broadcaster Edel Coffey; and many more talks besides these.

All of these talks will be broadcast on the Cúirt YouTube channel.

“We’re lucky in this time of shutdown that the ideas, voices and conversations that make our festival special can still be brought to our audiences.”

“We have looked at how we can reshape a selection of our events into a digital format, spanning podcasts, video events and social media activity, so that audiences, no matter their preference, can engage with us.”

Though all of the events will be free to access, people can support the festival with donations if they so choose.

All donations will go towards payment of authors fees for the festival.

Some of the headline events will be rescheduled for later in the year where it is hoped that they will be able to take place in person.

Reading, interviews, and workshops will take place in their usual venues such as the Town Hall Theatre, Nun’s Island, Charlie Byrne’s Bookshop.

Founded in 1985, Cúirt International Festival of Literature is one of the oldest and most recognised literature festivals in Europe.

Over the past three decades, Cúirt has hosted Nobel prize-winners, Poet Laureates and prize-winning authors from around the world.

The Festival is supported by the Arts Council, Creative Europe and Galway City and County Councils