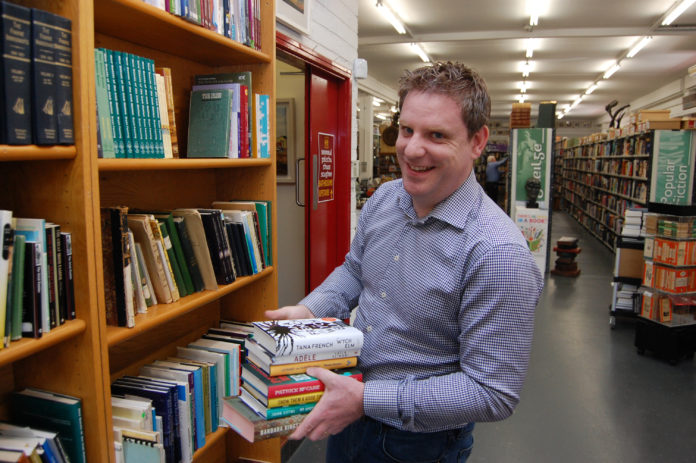 Tomás Kenny of the renowned family owned Kennys Bookshop has been shortlisted for the top bookseller in all of Ireland and the UK.

The British Book Awards have shortlisted Kenny and seven others in Ireland and the UK for Individual Bookseller of the Year.

The category is one of 27 awards at this year’s British Book Awards, which will take place on May 23 in London and online.

Tomás Kenny is a third generation bookseller at Kennys Bookshop, where he has been working as a bookseller for nearly 25 years.

Kennys was also one of the finalists for the Irish nomination to the Independent Bookshop of the Year category.

Last year, the much loved independent store was named the best bookshop in Ireland at the An Post Irish book Awards.

Kennys Bookshop and Art Gallery is situated in Liosbán Retail Park in Galway, where their retail bookshop and gallery is open Monday to Saturday and from where they run their online business.