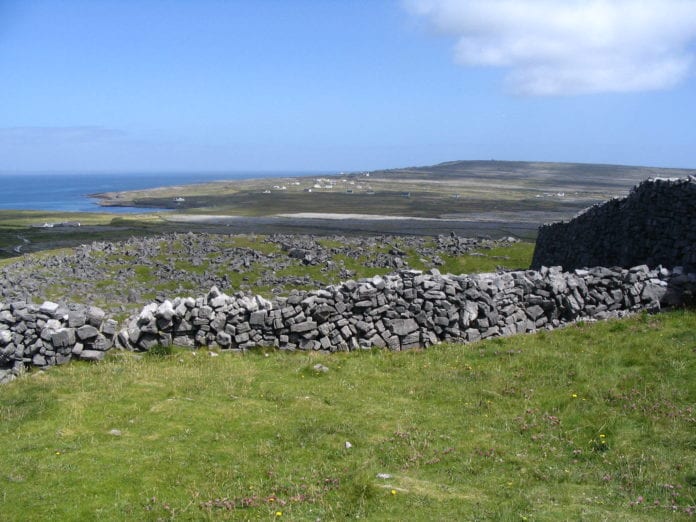 The Féile na bhFlaitheartach in Inis Mór is going ahead at the end of this month, despite challenges posed the pandemic.

The annual summer festival on the island will kick off at 11.30am on Saturday, 29 August, to ensure the safety of islanders and participants from the mainland.

It will be held in two parts, first on the island, and then online the following day.

The focus of this year’s Féile is the life and writings of another Aran scribe, the author and journalist Breandán Ó hÉithir, nephew of the famous O’Flaherty brothers.

He was born on Inis Mór 90 years ago and it has been 30 years since he passed away.

Breandán is well remembered for his witty and perceptive prose both in Irish and English: Lig Sinn í gCathú, Over The Bar and The Begrudger’s Guide to Irish Politics not to forget his journalistic work for the Irish Times and RTÉ.

But the man’s insights into the Irish establishment is exemplified by his satirical ballad The Gentle Black and Tan.

Anyone who has read Breandán’s superb ‘The Begrudger’s Guide’ could not fail to have thought of that lyrical masterpiece when late last year the Fine Gael government announced it intention to commemorate in 2020 the RIC and therefore the Black and Tans.

Breandán Ó hEithir, of course, knew well the real nature of the Tans. A fellow Aran Islander, Laurence McDonagh, was murdered on Inis Mór in 1920.

And on 29 August, festival participants will gather to pay their respects at the place where Laurence McDonagh was brutally killed. Here, there will be a short talk followed by some traditional music and a rendering of ‘The Gentle Black and Tan’.

A further event will be outside the Ó hÉithir homestead at which readings from his works will take place alongside some extracts from O’Flaherty’s ‘A Tourist’s Guide to Ireland’.

The second part of the festival dedicated to Breandán’s memory will be the annual keynote lecture, which will be given online by the former RTÉ journalist, and his close friend, Póilín Ní Chiarán.

This online presentation is to be screened on the Liam & Tom O’Flaherty  Facebook page and made available to the public on Sunday, 30 August.

This will include footage from the RTÉ archives and promises to be a unique opportunity to gain an insight into Breandán Ó hÉithir’s life.

No Féile na bhFlaitheartach would be complete without some special focus on the work of Liam O’Flaherty. On Saturday 29 August in Cill Ronán Inis Mór, Éamon Ó Ciosáin will launch a unique publication: Mícheál Ó Conghaile’s translation into Irish of a selection of Liam’s English short stories. And naturally there will be readings from this new book.

All participants are requested to wear face masks on the day and observe social distancing.