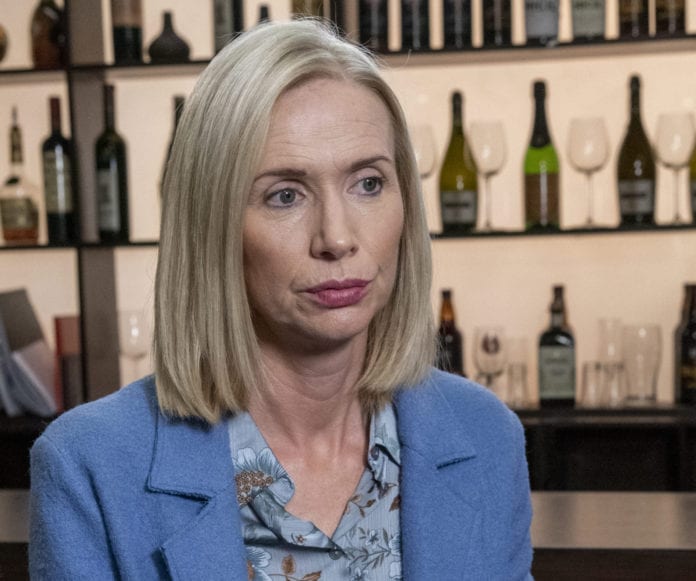 Caitríona goes from one desperate act to the next to stay afloat, Noreen is horrified by an unexpected visitor, and it’s time for Andy to face trial on Ros na Rún.

Ferdia pays Noreen an unexpected visit, coming as a delight to most people, but as a horror to Noreen herself.

Andy’s court date has arrived and O’Shea is called to the stand.

Fiach’s big mouth gets Katy in trouble when he lets Dee know Katy hasn’t paid Tadhg back for her shares in Gaudi.

Caitríona keeps digging herself deeper, doctoring an invoice Tommy sent in for the Ionad Pobail CCTV as she struggles with debt collectors.

Malachaí, unhappy with the amount of time Frances is spending with Tadhg, tries to involve himself in a family meeting she has organised.

Ros na Rún, Ireland’s premiere Irish language soap opera, broadcasts twice a week on Tuesday and Thursday on TG4, with a double billing on Sundays at 8:30pm to catch up.