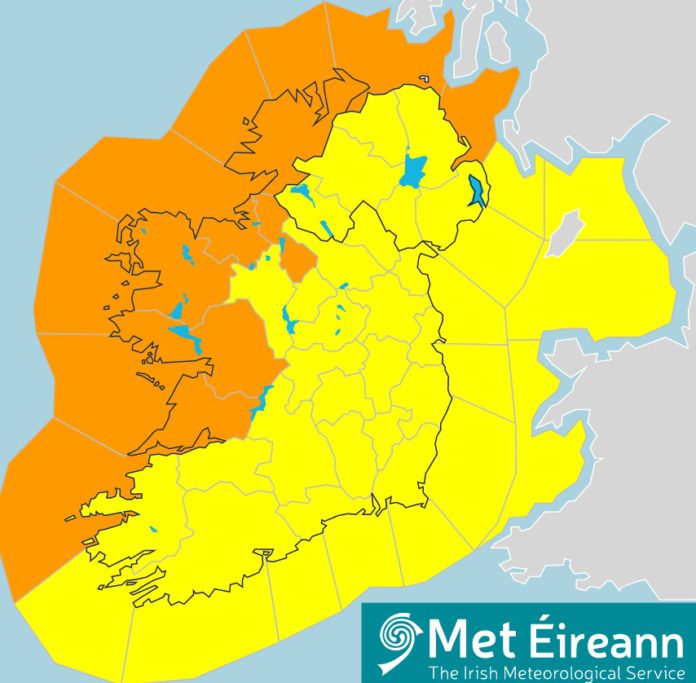 Met Eireann has issued a status orange weather warning for Galway today, as the third named storm this week will bring damaging winds.

Storm Franklin will cause gale force westerly winds with severe and damaging gusts on Sunday, Met Eireann has said.

These winds combined with very high seas will lead to wave overtopping, which may result in coastal flooding.

The orange warning for Galway and Mayo will be in effect from 3pm today until 3am on Monday morning.

Two other separate orange wind warnings have been issued for Clare on one side, and Donegal, Leitrim, and Sligo further north.

A Status Yellow wind warning for all of Ireland has also been in place since this morning, and will currently remain until 9am on Monday.

A marine Storm Warning for the Atlantic Coast cautions that “Northwesterly winds will reach storm force 10 on Sunday evening and Sunday night on Irish coastal waters from Valentia to Rossan Point to Belfast Lough.”