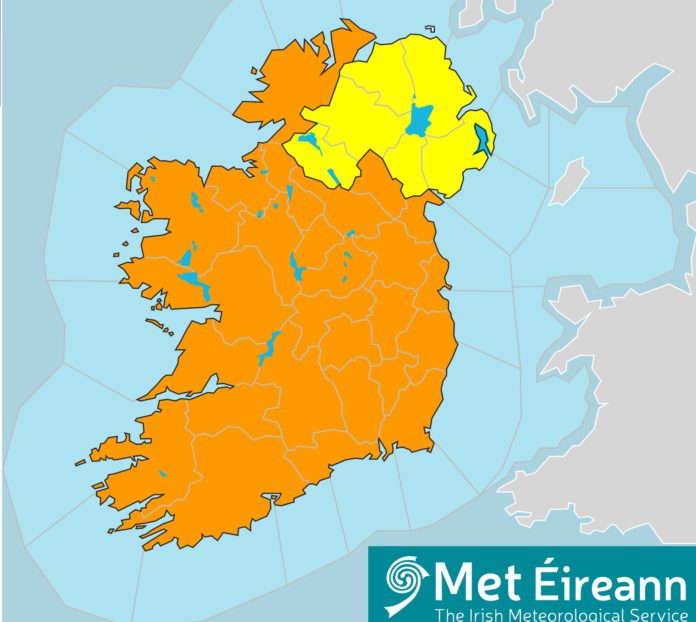 A severe frost with icy patches is expected to set in on Sunday night, along with freezing fog.

Temperatures could drop as low as -5 degrees in many areas overnight, Met Eireann has warned.

The orange warning for all of Ireland will come into effect at 5pm on Sunday, and remain in place until midday on Monday.

The cold weather will continue into next week, as Met Eireann has extended a status yellow warning until next Friday.

It will remain cold throughout the week, ith widespread sharp to severe frosts and icy stretches.

Some showers of hail, sleet and snow will occur, mainly near coasts. Accumulations at lower levels are expected to remain low.

Freezing fog will occur at times, with winds remaining light over land.