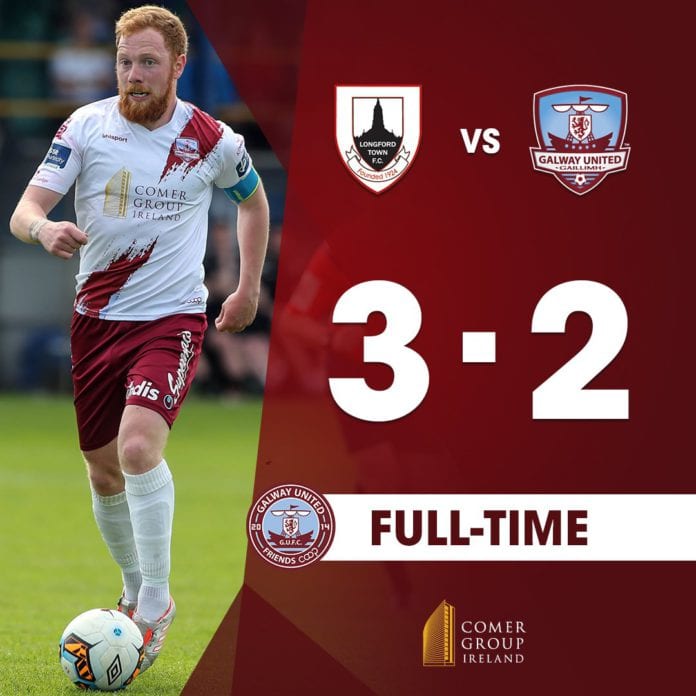 The hosts struck two first half goals from Aodh Dervin and Sam Verdon to lead 2-0 at half-time but Galway United were given a lifeline when Longford’s Darren Meenan received a straight red card for a challenge on Marc Ludden.

Conor Barry gave the Tribesmen hope when he scored on 56 minutes but a penalty 11 minutes later for Galway was struck over the bar by Alan Murphy.