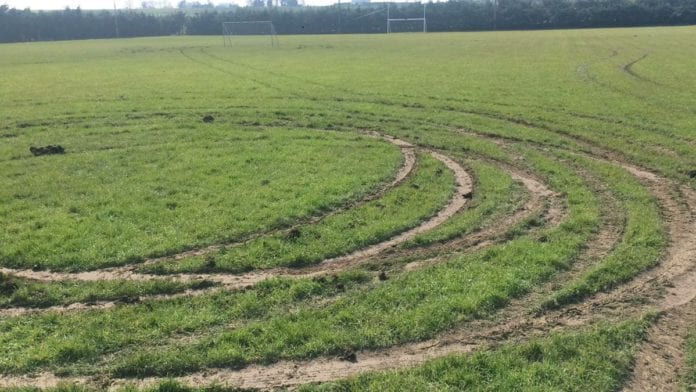 Glinsk GAA club has been forced to close pitch activities for the foreseeable future after discovering that vandals had caused major damage.

The club discovered the pitch badly torn up yesterday morning, with what appear to be tyre tracks from vandals driving around on it.

Someone appears to have driven down the length of the pitch, skidded around behind the goals multiple times, and spun in doughnuts.

As can be seen in the images provided by the club, there is substantial damage to the surface caused by this vandalism. 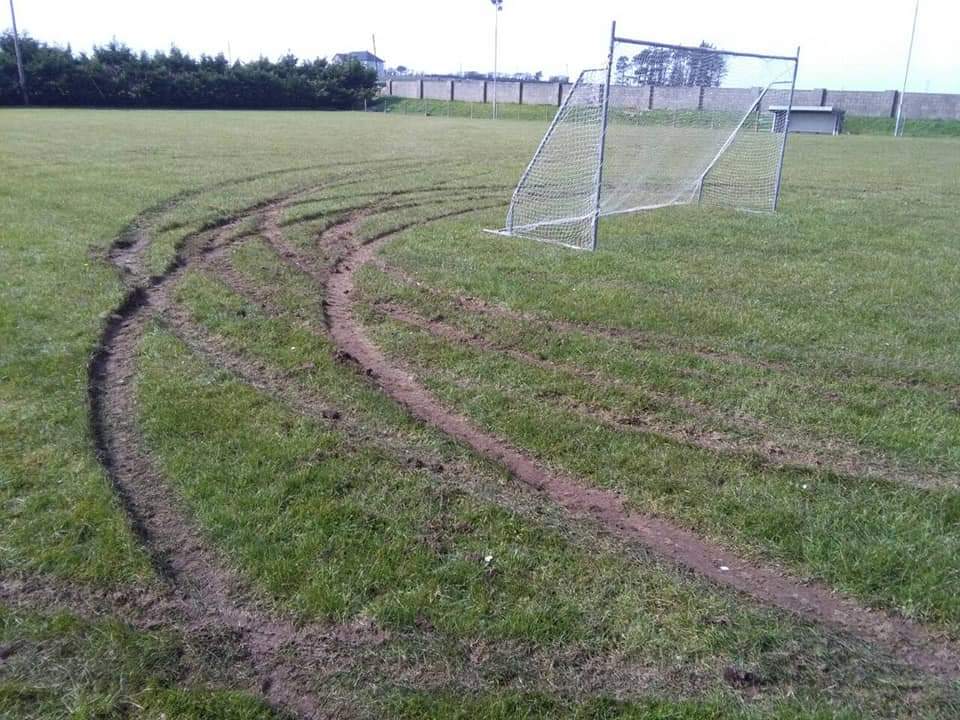 A club spokesperson said on twitter that they were “devastated to find our community field vandalised this morning”.

“As a result, we’ve had to cancel all pitch activities for the foreseeable future in order for repairs to progress. Such repairs at the expense of the club.”

“We are very proud of our facilities and always make the field available to the wider community.”

The club asked anyone who might have information about what happened to contact the committee urgently so that it can be passed on to An Garda Síochána.

CCTV footage from the area is also being reviewed. 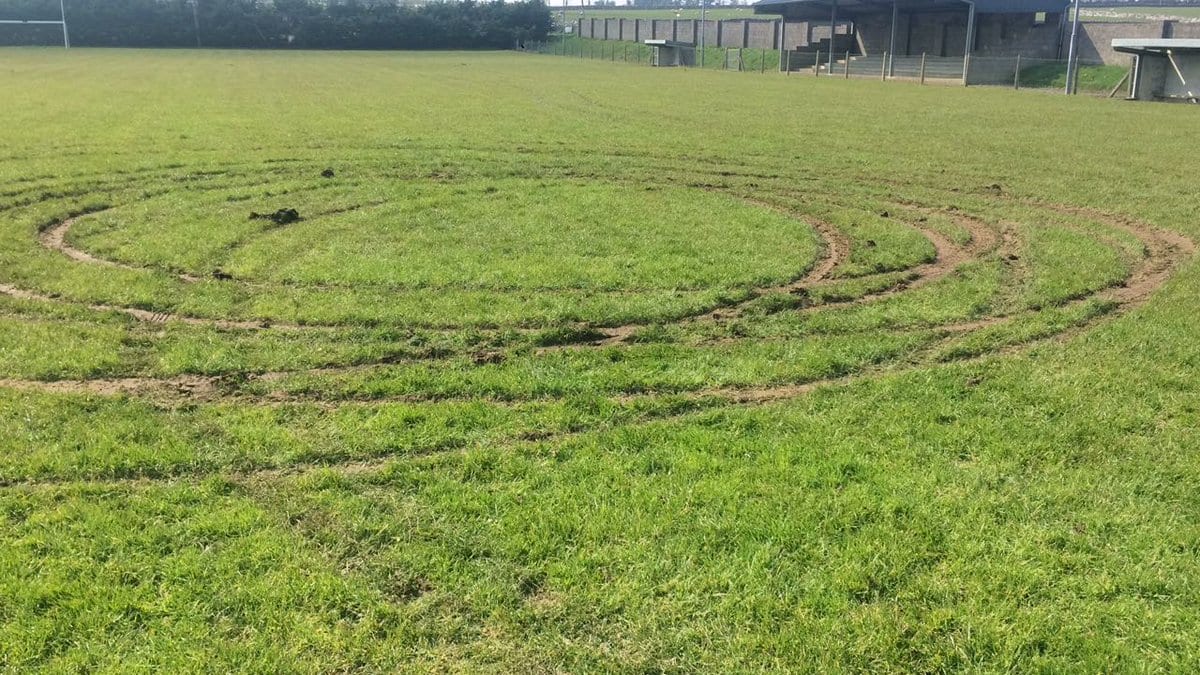 The actions of the vandals or individual responsible for this have provoked an angry reaction online, with one commenter saying “GAA is about community. That effects everyone”.

Well known local sports journalist John Mulligan said that it was “Disgraceful what happened to the Monks Field in Glinsk.”

“A hell of a lot of work from many great people went into that ground and it has given a great deal of pleasure to so many people”.