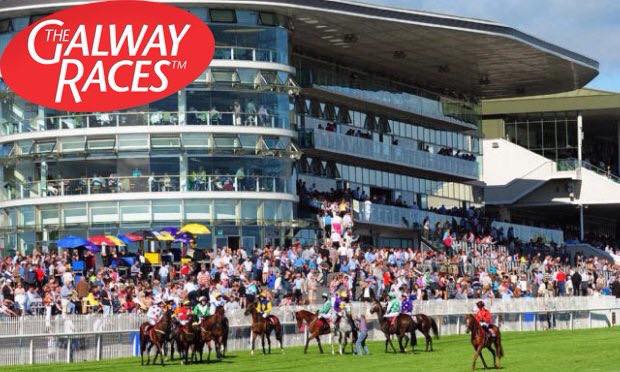 The Galway Races have officially launched this week, starting the countdown for the 150th festival extravaganza later this month.

On Monday, July 29 Galway Racecourse will kick off its 150th summer festival with thousands of people expected in town for the seven day Galway Races.

Prizemoney has been boosted to a record-breaking level in Galway to over €2.3 million this year, more than quarter of million higher than in 2018.

With 52 races taking place over the seven days, each feature race offer a minimum prize value of €130,000 while the rest of the races will have a purse of at least €17,000.

The hotly contested thetote.com Galway Plate on Wednesday July 31, a race synonymous with Galway and key to the history of the Festival, now has a prize of €300,000, an increase of €50k on last year.

President Michael D. Higgins is once again expected to present the Galway Plate to winning connections in a race that has produced some incredible winners such as Carlingford Lough, Road To Riches and the 2017 winner Balko Des Flos to mention a few.

The Galway Races are one of the major summer events for drawing visitors to Galway, contributing over €54 Million to the local economy.

To celebrate their 150th birthday and to thank their customers for all their support over the years, Galway Races have a special offer on general admission tickets with €5 off each ticket until July 5.

Corporate hospitality is once again proving very popular at the Ballybrit venue, with the first five days now sold out with active waiting lists and limited availability for the weekend.

Guinness has announced that it is renewing its sponsorship with the races for another five years, continuing a partnership that has lasted more then five decades.

Paddy Carberry, Sponsorship Manager at Diageo, said they were delighted to continue with their “longstanding commitment to the Galway Races”.

Of course any summer event in Galway has to come with a lively dose of music and the arts, and the Galway Races are no different.

Irish artist John Behan, a sculptor of international appeal, was commissioned last year by the Races to create a piece of life size art entitled “Leading in the Winner” to celebrate the 150th anniversary at Ballybrit.

His sculpture will be revealed on the opening day and adorn the winners rung throughout the week of the summer festival.

The Galway Tenors, Frank Naughton, Sean Costello and Alan Greaney, will kick off the week with a rousing performance as the horses cross the first post on the opening race.

They’re just the first in a wide musical lineup with 47 live acts performing over the seven days including the Galway Girl Dancers, Havana Club, The Conquerors, Bongo Steve, The Gamblers, DJ’ Ronan Lardner plus lots more.

Then on Wednesday get your dancing shoes ready and join professional dancer Niall Doorhy and friends for a country music day.

If you want to get in on the music gig yourself then you’re in luck as this year also features a singer songwriter competition where one lucky person will take home €1,000 and get the chance to perform live for the crowds.

“Galway and the West of Ireland is bursting with musical talent,” said  Michael Moloney General Manager of Galway Racecourse.

“All you have to do is walk down Shop Street in the heart of Galway City on any given day and you’re met with an array of fantastic musicians.”

“We want to reward that talent and what better time than our 150th birthday. We are now inviting all musicians and singer songwriters to take part. We can’t wait to hear what you have in store for us”.

For more information about everything that’s coming up and to book tickets to this Summer’s 150th Galway Races visit www.galwayraces.com.