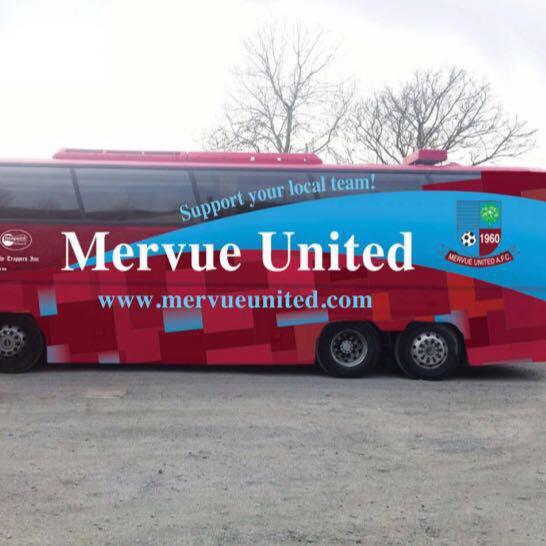 Mervue United have issued a press release in response to reports coming out since Tuesday about their refusal to allow Galway United’s seniors train at their all-weather astro-turf facility in Fahy’s Field.

The impasse is to do with the recruitment of underage players from Mervue United for Galway United’s participation in the upcoming National Under 15 League.

Galway United manager Shane Keegan commented on the situation during Tuesday’s SSE Airtiricity League launch suggesting he may have to take the team to Athlone or Limerick to continue their preparation.

But in a letter sent to Galway Bay FM and other media outlets, Mervue United secretary Ger McGrath has penned their version of events.

“Please see below some details outlining events/concerns that we at Mervue United feel have been totally unacceptable and need to be addressed as a matter of urgency,” stated McGrath in the letter.

“Sadly, these chains of events have led to the refusal of the Galway United First Teams use of our facilities for which we find most regrettable.  These issues date back to January 2017 when illegal approaches were made to 6 of our U16 players contrary to FAI rules.”

They claim that in November 2017, two of their under 18 squad were approached by management in relation to joining the Galway Under 19 squad and the same happened again following a friendly between the Irish Schools and Galway’s under 19s.

And in January, Mervue United claim they encouraged players to attending trials for Galway United’s under 15 League of Ireland squad but were not informed which players were signing when they were told to stop training and playing with Mervue United.

“What transpired after these trials was nothing short of disrespectful and showed a total disregard to Mervue United FC and all the volunteer coaches associated to the club by the Professional organisation of GUFC,” added McGrath.

“Players were informed to stop training and playing for Mervue Utd.  Again, Mervue Utd were not informed of what players would be signing for GUFC or when the transfer papers would need to be submitted as there has been some changes about transfer procedures that GUFC should be aware of.”

A meeting between the two clubs is scheduled next Monday (19th February) with the aim of coming to a resolution.

“Finally, and apologies again for some long-winded details,” concluded the statement.  “But, it is very clear and disappointing for the club here in Mervue United that certain elements within the set-up of the coaching/management/ and underage committee in Galway United have acted in an unacceptable and disrespectful manner and not at all in keeping with the high standard and governance of what we have come to expect in Galway United.

“Equally we are very much aware of the values, the vision and the willingness of Galway United to aspire to becoming the best Club in the League of Ireland. Working closely with the many great clubs in our city and county in a manner that fits and suits all I am sure will go a long way in achieving this.”