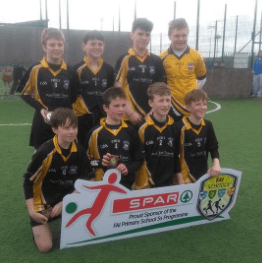 The Galway dates for the 2018 Spar National Schools 5 a side competition are now known following the closing of registration last Friday with action commencing in Salthill Devon FC on February 27th.

The five-a-side school blitzes are open to boys and girls from 4th, 5th and 6th class, putting emphasis on fun and inclusivity and nearly 30,000 children are expected to compete over the next three months.

The Drom East venue will host four days of action as boys and girls seek qualification for the next level in three different sections.

The winners will go to the Connacht Regional Finals on May 3rd with the National Finals at the Aviva Stadium on the 30th of May.

Soccer training started back today #fai we are looking forward to the upcoming blitz @faischools pic.twitter.com/6qr02exdoO