Paddy Mcallister is making his first competitive start for Connacht this evening as they meet the Scarlets for their opening match of the Guinness PRO14 season.

McAllister, who signed from Gloucester in the summer, made his debut just ahead of the Guinness PRO14 in a pre-season win against Munster at the Sportsground last Saturday.

Joining him on the front row are older hands tighthead Finlay Bealham and hooker Tom McCartney and behind them will be Gavin Thornbury and Quinn Roux.

Captain Jarrad Butler will be wearing the black number 8 in the back row alongside Eoghan Masterson and Colby Fainga’a at blindside and openside.

While Jack Carty’s away at the Rugby World Cup, Conor Fitzgerald is playing out-half alongside scrum-half Caolin Blade.

For the rest of the back line Tom Daly and Kyle Godwin are holding the centre with Matt Healy and Stephen Fitzgerald as wingers and Tiernan O’Halloran on full-back.

Head Coach Andy Friend said that a great deal of depth will be needed in the Connacht squad for the Guinness PRO14 season.

“We used fifty players last season and we expect to use a similar number this time around,” Friend commented. Overall the coach seemed positive about the squad’s outlook.

“We have come through a really good pre-season where we have won three games from three and more importantly we have got to do a lot of work on the training field.”

“I think we are definitely further along as a squad compared to where we were this time last season”.

“We are expecting a hugely competitive game. While they are missing players away on World Cup duty, they also have real depth in their squad. Both sides will be targeting a win, so I think we are in for quality game” 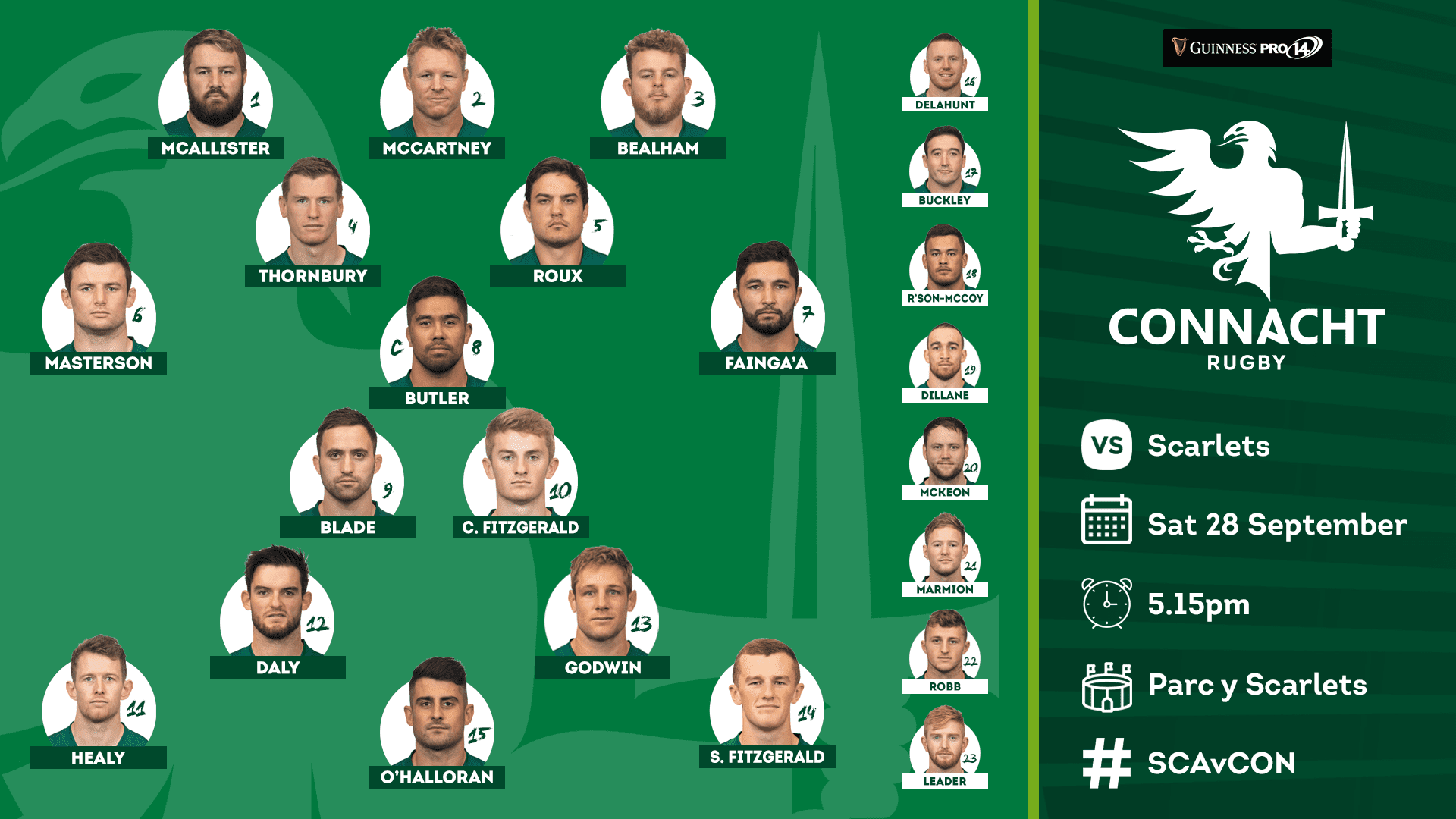