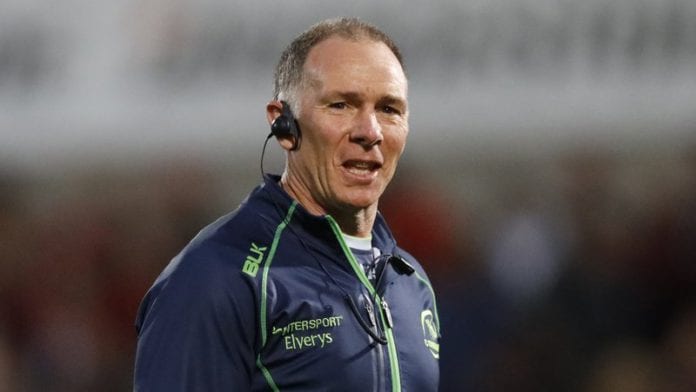 Connacht Rugby have confirmed their squad for New Year’s Day’s interpro against Leinster, with eight changes made from last week’s lineup.

Connacht and Leinster will meet at the RDS Arena this Sunday, with kick-off at 7:35pm, in the United Rugby Championship.

Director of Rugby Andy Friend said that Sunday’s game promises to be their biggest challenge of the URC, but one that they’ll relish.

“The performance against Ulster wasn’t good enough but if we cut out our unforced errors and play like we did in those final 20 minutes it’ll give us every chance of a win.”

“Unfortunately we’re missing a few players through illness but this is a great opportunity to see the benefits of the depth within the squad, which is the best it’s been in my 5 years here.”

Among the changes made from the Ulster squad, Peter Dooley, Dave Heffernan, Dominic Robertson-McCoy, Darragh Murray, Shamus Hurley-Langton, Jarrad Butler, David Hawkshaw and Diarmuid Kilgallen are all starting for Connacht.

For the first time Roscommon brothers Niall and Darragh Murray start together in the second row, while Cian Prendergast moves to blindside flanker with Butler at number 8.

Captain Jack Carty is joined by scrum-half Caolin Blade while Hawkshaw partners Tom Farrell at centre. The back three sees John Porch move to the left wing with Kilgallen on the right and Tiernan O’Halloran retained at full-back.

However, some key players are missing from the lineup, as Finlay Bealham, Josh Murphy and Mack Hansen, while Bundee Aki is on a down-week due to his involvement with the national side in November.