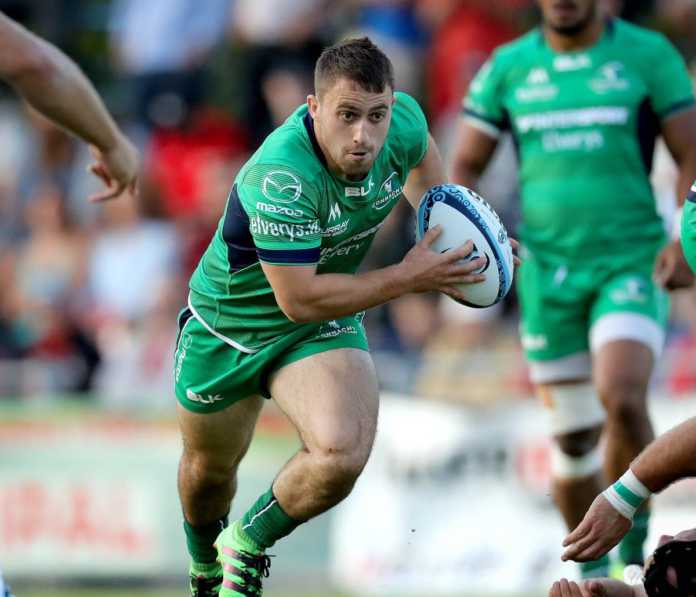 Connacht Rugby have gotten a big boost this week with the confirmation that five pro players have renewed their contracts with the province.

Caolin Blade and Dylan Tierney-Martin have both signed one year extensions, while Tom Farrell, Conor Oliver, and Oran McNulty have each committed to another two years with the province.

Connacht Head Coach Andy Friend said that this is another positive step for the club, and that he is very pleased the five of them have agreed to extend their time at the Sportsground.

“They’re each at different stages of their careers – Caolin is a Connacht native who has come through the system to become a centurion which is a testament to the type of player he is”.

“Tom and Conor are heading into the prime of their careers and will keep getting better, and Oran and Dylan are still starting out on their journeys and will continue to develop and grow.”

Monivea native Caolin Blade is an old hand with Connacht, having appeared 139 times for the province since his debut in 2014.

Having previously been called up to a number of Ireland squads, the scrum-half then made his international debut against USA during the 2021 Summer Internationals.

Tom Farrell joined Connacht in January 2017 and has become a fan favourite with his exciting style of rugby from outside centre across, scoring 16 tries in his 67 appearances.

Conor Oliver has made a big splash by already racking up 30 appearances since joining in 2020, including starting in eight of ten games this season.

Full-back Oran McNulty came up through the Connacht Academy, which he first joined in 2018.

An Ireland U20 international, McNulty has played five times for the province and scored his first senior try against Ospreys last November.

Dylan Tierney-Martin is another local lad who’s a product of the Connacht pathway system, having played his club & school rugby with The Bish and Galway Corinthians RFC.

The announcement is further good news for the club, on the back of contract extensions for five other players before Christmas.

Andy Friend said that they are “building something really positive” at the club, and to expect further announcements surrounding contracts in the coming weeks.