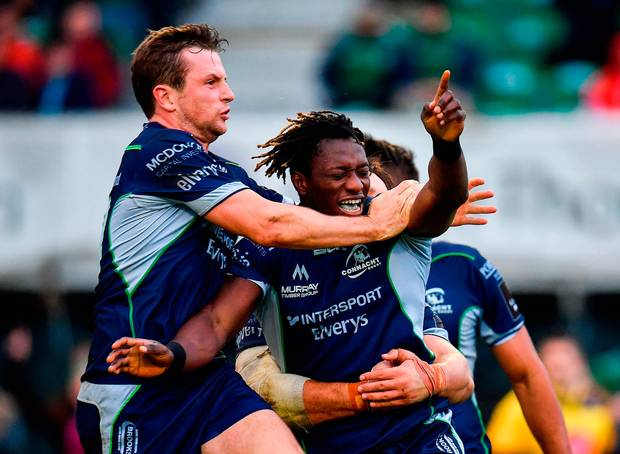 Connacht powered to their second win of the PRO14 campaign with a 13-point advantage over last season’s finalists Scarlets in the Sportsground.

With out-half Jack Carty controlling the game with his kicking from hand and landing six kicks from six off the tee, Connacht looked in a commanding position throughout.

Bundee Aki was also in devastating form and his exploits earned him his first A Man of the Match award, in what was his first start of the season.

Connacht led after five minutes when Tom Farrell got over under the posts after an impressive break from Aki. A minute after Carty’s successful conversion, Leigh Halfpenny opened Scarlets account with a straightforward penalty.