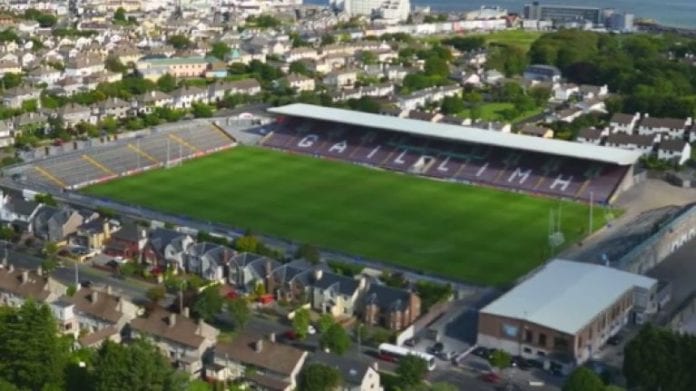 Despite being down by five points at the half time Roscommon made a furious comeback, restricting Galway to just two points in the second half and putting home a flurry of points and a goal to finish at 1-13 to Galway’s 0-12.

Things got off to a quick start with a flurry of points from both sides in the first few minutes.

Roscommon opened the scoring with a point from Conor Devaney in the second minute, and Michael Daly responded for Galway two minutes after that.

The two sides were level three times in the first 21 minutes when they were tied at five points apiece.

But Galway dominated the rest of the time until the break, putting over another five points, with Walsh claiming his third of the match.

Heavy rain in Pearse Stadium plagued much of the first half, and by the half time whistle Roscommon were trailing dispiritedly 0-5 to Galway’s 0-10.

But to Rossies came back out with a furious energy with a point from Niall Kilroy and a goal Seamus Murtagh in the first five minutes.

There was no answering response from Galway and another point from Conor Cox put the sides level at 0-10 and 1-7.

It wasn’t until 21 minutes into the second half that Galway managed to score with a point from Michael Daly.

This didn’t build any momentum and and another point from Shane Walsh was the only other score the Tribesmen would take home in the second half.

Roscommon fans were certainly feeling the atmosphere with a pitch invasion in extra time nearly bringing the match to a premature end.

But referee Barry Cassidy managed to clear the field to let play resume, with Conor Cox bringing in a last point for Roscommon before the final whistle.

This has been an unfortunate weekend for Galway after Dublin knocked the hurlers out of the Leinster Championship in Parnell Park on Saturday.