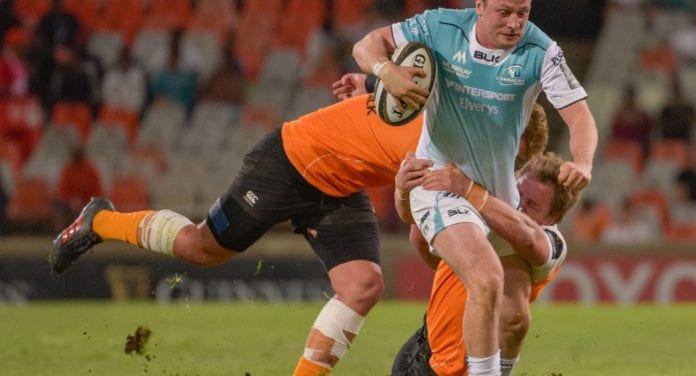 Connacht came close to a morale boosting victory on Saturday in Bloemfontein only for a last minute Niel Morais penalty to deny the visitors a much-needed result in South Africa.

Two Matt Healy tries and a 57th minute score for Eoin Griffin brought Connacht back from a 10-point deficit to lead by nine entering the final 20 minutes.  But Rabs Maxwano’s try brought the Cheetahs back before Morais kicked the winner in the dying moments.

🐆 The Cheetahs chased down Connacht and secured victory in the dying embers to keep up their impressive league home run.#CHEvCON #GUINNESSPRO14

“We have to take this,” said Connacht coach Kieran Keane to assembled media afterwards. “There is a lesson or two in there, and there is some difficult stuff we will have to deal with. I am not happy to lose.

“We didn’t come here to make up the numbers. We came here to give our best and do our best, and probably for 95 per cent of the time we did, and then we lost in the last few minutes. It is gut-wrenching for everybody to come this far and fall on that hurdle.”

The Cheetahs are on course for a play-off spot sitting in third place in Conference A but a Connacht win would have kept the pressure on Cardiff Blues in fourth place.  With Champions Cup qualification at stake, the Irish province are four points behind the Welsh outfit and also concede a game in hand.

“It will hurt us in that regard, no doubt about that,” added Keane.  “Nothing is impossible, things could fall our way.

No snow disruptions in South Africa as Cheetahs claim a 26 – 25 victory over Connacht at the Toyota Stadium in Bloemfontein! A heartbreaking finish for the men from the West. #CHEvCON #GuinnessPro14 pic.twitter.com/ONecJgQFip

Connacht’s next game will be at home against Edinburgh in the Guinness PRO14 on Friday, March 23rd.  Kick-Off in the Sportsground at 7.35pm.