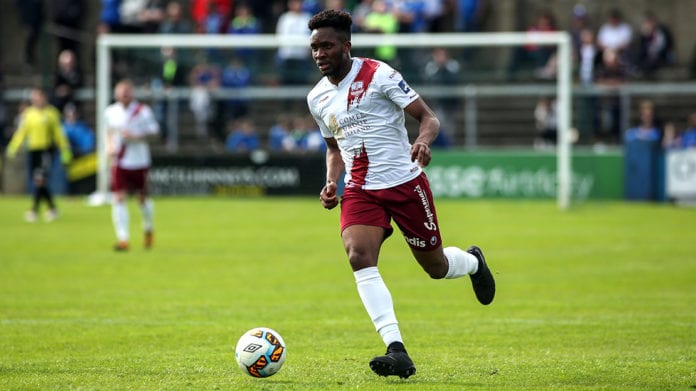 Next week (22nd September), Alan Murphy’s side conclude the season with a trip to Tolka Park to face Shelbourne.

“We’re looking to finish the season on a positive,” Murphy told www.galwayunitedfc.ie.  “That means we have to give a big performance.

“I’ve been harping on about it all week. We will introduce some new faces, we will try some different things tactically and some of our younger players will be involved.

“It will be a good opportunity to blood them and give them a proper taste of what lies ahead for them.”

Murphy will be without Conor Layng (cruciate) who is a long-term absentee.  Layng is joined on the sideline by Marc Ludden (knee) and Eoin McCormack (hamstring). Alex Byrne (illness) is a doubt.

Maurice Nugent and Gary Shanahan both returned to action on Tuesday evening in a friendly game, but they’re likely to make their competitive return against Shelbourne next week.

United’s last meeting with Wexford in June ended in a 0-0 draw which proved to be previous manager Shane Keegan’s last game in charge.  Their outing in 2018 saw Galway win 4-1 in Eamonn Deacy Park and Murphy will be hoping for a similar result.

The season, regarding promotion, is over and Galway United will finish sixth in the First Division whatever happens in their last two games.  They haven’t won since beating North End United 4-0 last month suffering three losses to Longford Town, Bohemians and Finn Harps.

Indeed, their last league victory was two months ago (July 27th) when they edged past Cabinteely 3-2 in Eamonn Deacy Park and they’ll want to give their supporters a positive send-off before a winter of rebuilding.

Wexford FC’s form has been poorer having picked up just one league point from eight games since they last faced Galway.  They currently sit in ninth place with just 13 points from 25 games.

Tadhg Ryan should start in goal for United with Christopher Horgan, Robbie Williams, Aaron Conway and Stephen Walsh favourites for the defensive positions.

For a third month in-a-row, @ConorBarry9 has been voted the Galway United Player of the Month by supporters. 👏

Conor will receive his award for the month of August, which is sponsored by @obriensgalway, at our final home game of the season against Wexford FC on Friday. #GUFC pic.twitter.com/sci0Q16M23

Sean Russell, Ryan Connolly, Conor Barry, Carlton Ubaezuonu and Conor Melody could feature around the middle and Murphy might give the nod to Danny Furlong in attack though his younger options can’t be ruled out.

Galway United began the year with a 4-1 victory over Athlone Town.  This result won’t make up for a below-par season but they couldn’t have asked for a better opportunity to send supporters home with some belief regarding the future.