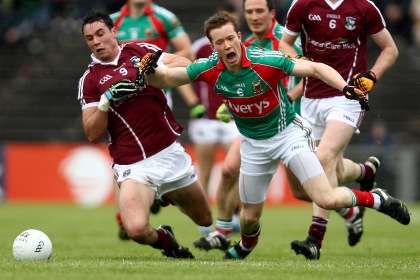 For the first time in seven years, Galway will play in the top flight when they begin their campaign at home to Tyrone in Pearse Stadium.

After being just promoted following their 2017 Division Two title, many pundits feel this season is about surviving in Division One and the bookmakers have Galway as seventh favourites at 25/1.

However, Kevin Walsh’s teams have always done well against top opposition (last year’s All-Ireland quarter-final against Kerry aside) and have normally being caught when strongly fancied to succeed (Tipperary 2016, Roscommon 2017).

And with games hardening the Tribesmen ahead of the Connacht Championship in May, we feel Galway will put in a good account of themselves even if winning the National Football League might be beyond them.  We still expect the maroon and white to preserve their status.

Below, we take a look at the contenders for the 2018 league race and rank each county based on where we think everyone will finish:

The All-Ireland champions have always taken the league seriously and after last year’s final defeat, will look for another strong effort.  Their O’Byrne Cup form was disappointing but the names we’re all familiar with will arrive for the spring.  Trips to Mayo and Galway might prove tricky but they have enough to go the distance.

See all the Dublin GAA Spring Series fixtures set for @CrokePark as part of the 2018 National Leagues! ✊ #UpTheDubs
For more information: https://t.co/N6EsAnjHfT pic.twitter.com/dTE5oz5KOI

Fionn Fitzgerald has been named captain and the Kingdom will look for improved fortunes after their disappointing All-Ireland semi-final replay loss.  David Clifford’s arrival has sparked excitement and he will be groomed over the spring.  They just made the league final last season and Eamonn Fitzmaurice will want similar ahead of the championship.

Their Connacht FBD League results won’t bother Mayo as their eyes are firmly focused on summer matters.  However, following an inconsistent spring last year, the Green and Red will look for more stability and their meetings with Galway and Dublin will be marked.  A solid, competitive campaign will keep their supporters content.

They’ve waited long enough and failure to hold their place could have serious consequences.  Home games against Tyrone, Monaghan and Mayo mean they can get points while their trips to Donegal and Kildare won’t cause fear.  Not title contenders but definitely can prove their worth as they look to make the next step up.

'It Should All Be Played Off this Sunday' – COMER https://t.co/V9RQOoG5KY

They dominate in January, shows signs during the league but did Tyrone miss the boat in last year’s All-Ireland semi-final when they took a heavy beating against Dublin?  It’s 10 years since they were All-Ireland champions and just survived league relegation in 2017.  Their opener in Pearse Stadium vital for a good campaign.

Monaghan have proven a small county can maintain consistency if they put the work in and staying in the Division One will be one of their priorities.  Should do enough in a difficult division even if their McKenna Cup form wasn’t inspiring.  The Kildare and Donegal games will be crucial though won’t fear Mayo, Kerry or Tyrone at home.

Missing the Moorefield contingent isn’t ideal after successive promotions but like Galway, Kildare will consider survival critical.  Hard to judge where they are following a poor O’Byrne Cup but it shouldn’t be forgotten, they held their own with Dublin in last year’s Leinster Final when the two early conceded goals are taken into account.  Will find it tough though.

They defied expectations in 2017 to finish third but their championship exit has many questions hanging over the Tir Conaill men.  Declan Bonner is back in charge and did good work in the underage set-up.  The Galway and Kildare games at home are must win but they’ll find it hard to pick up points elsewhere with Monaghan away their best bet but Paddy McGrath’s cruciate injury is a blow.