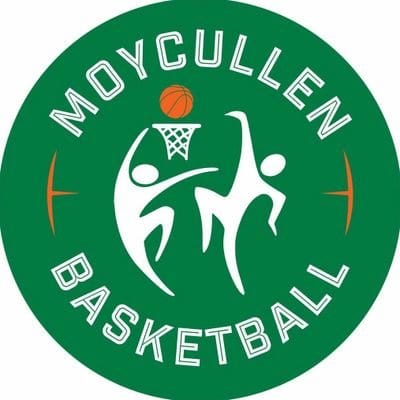 Moycullen’s under 20 basketball team qualified for the National Finals in Tallaght at the end of January after an impressive 106-57 victory over Neptune in Cork on Saturday (6th January).

The west Galway side were always the superior outfit in the Neptune Stadium building a 54-33 half-time lead as Paul Kelly top scored overall with 35 points.

John Hackett, who struck 21 points, opened their account as they quickly built a 33-14 first quarter lead with Connor Curran (19) also proficient in the scoring.

But despite best Neptune efforts from Adam Heaphy, Darragh and Conor O’Sullivan, Moycullen were always in control and will take on Dublin side KUBS in the National Basketball Arena in the final.

Moycullen were one of three teams representing Galway in the semi-finals weekend held between the Neptune Stadium and Mardyke Arena but unfortunately, NUIG Mystics and Maree didn’t advance in their respective competitions.

NUIG Mystics found the challenge of DCU Mercy too tough in the Women’s National Cup semi-final as they went down 92-50.

Dayna Finn, Jade Johnson and Maggie Byrne shared 32 points but despite a strong third quarter, they couldn’t make inroads on a 47-27 half-time deficit with Tiffany Corselli, Sarah Woods and Rachel Huijsdens standing out for the Metropolitans.

And Maree’s hopes of going through in the Women’s National Intermediate Cup suffered the same fate as they fell 67-51 to St. Mary’s, Castleisland.

Carol McCarthy produced a super performance for Maree getting 29 points while Sacra Mannion and Michelle Fahy also contributed as they came back from an early deficit to trail by just 30-29 at half-time.

But with Mary Herlihy, Eileen O’Connor, Denise Dunlea and Aoife Nolan on target, the Kerry team regained the initiative during the second half to book their place for the finals weekend.

Moycullen rookies Jim & PK looking for a shout-out from the mighty @buff_egan on the road to Dublin for a superleague encounter with @stvincentsbball ! #WouldBeSuper pic.twitter.com/7RWxnY082T

Brandon McGuire was their top scorer with 34 points while Paul Freeman (19) and Paddy Lyons (11) also did damage as their seventh win in 14 games left them sitting in eighth place in the top division, six points clear of their opponents.

Their next outing is against Garvey’s Tralee Warriors this Saturday (13th January) in the Kingfisher Arena, Galway at 7pm.