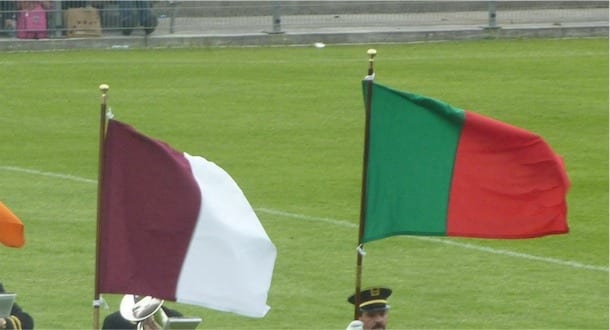 Galway’s second game in the Connacht FBD League will go ahead in MacHale Park this Sunday (7th January, 2pm) as planned after rumours circulated Wednesday night that the contest could be moved to Tuam Stadium in their first meeting since the 2017 Connacht Football Championship.

The weather, recently caused by Storm Eleanor, had led to suggestions that Galway would avoid another away clash after their opener against Sligo was moved from Tourlestrane to the Connacht GAA Centre of Excellence in Bekan.

Galway were 1-12 to 0-11 over the Yeats County with Sean Kelly getting the goal while Peter Cooke, Adrian Varley and Frankie Burke shared nine scores between them putting the Tribesmen top of the table with Roscommon while Mayo will begin their campaign on Sunday.

Well done to Robert Finnerty who also made his Galway senior debut this evening in the win over Sligo in the FBD, coming on as a sub and scoring a point 👌🏻 pic.twitter.com/nzwrWReC3w

It was the first of four games before January 21st when they face Roscommon in their final round-robin contest, seven days before their opening joust in the Division One of the National League against Tyrone.

And with college players scheduled to begin Sigerson Cup action in between both fixtures, the Galway manager did express concern over the hectic schedule.

“It’s going to be tough,” said Walsh to Galway Bay FM and other assembled media.  “I’ve always acknowledged the FBD as a great tournament but what’s really hard on some of the young lads is college football coming in and club activity still going on.

“The National League is coming in three weeks, which is difficult, given the amount of time we have to prepare.

“We think we are giving players a bit of a break but then they are being pulled and dragged in all quarters but we are trying to do it as best we can to make sure players aren’t stressed in this situation but it’s not ideal.”