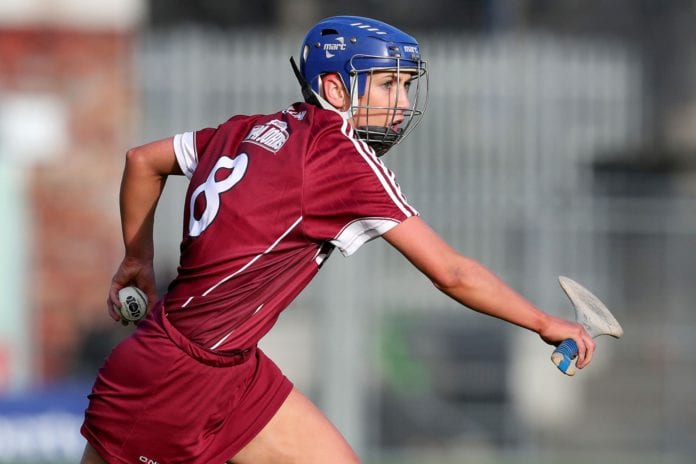 Galway’s senior camogie team got their 2018 All-Ireland championship up and running with a comfortable 1-16 to 0-9 victory over Clare in Pearse Stadium on Saturday, 9th June.

The five-time All-Star was delighted with Galway’s start and she chatted to Galway Daily Afterwards.

Galway’s next outing in the 2018 Liberty Insurance All-Ireland Senior Camogie Championship is against Waterford on Saturday, 16th June.  Throw-in at Kenny Park, Athenry is 5pm and will be proceeded by the intermediate clash between Galway and Tipperary.

The @LibertyIRL Player of the Match Award from @GalwayCamogie96 v @ClareCamogie on Saturday went to Galway star Niamh Kilkenny and she was presented with her award by John Coffey of Liberty Insurance! pic.twitter.com/EJVRdsUVXW