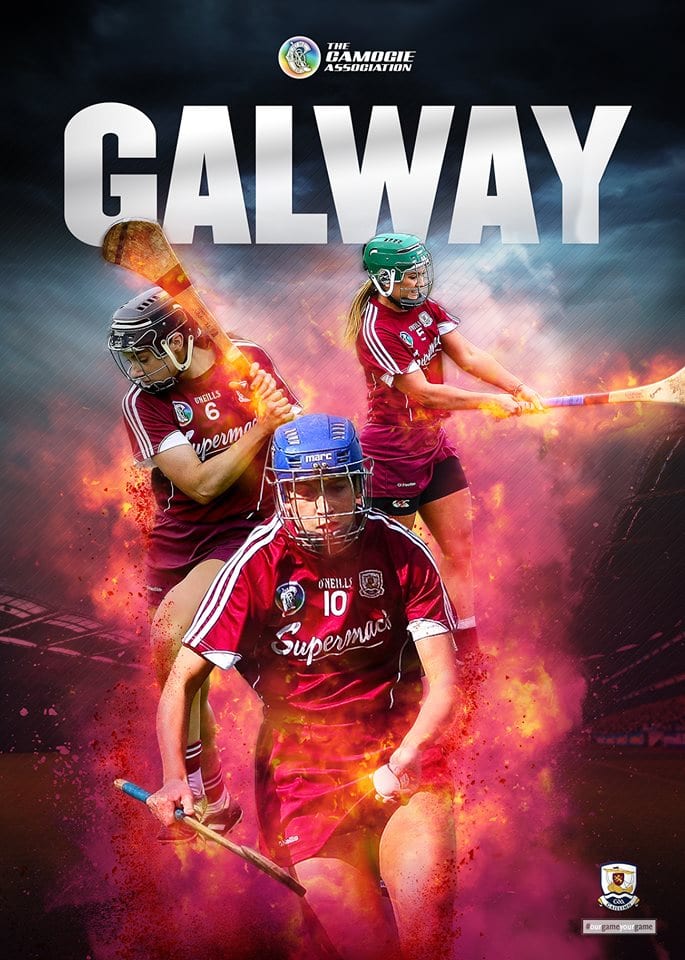 While it was a disappointing overall effort, there was a positive feel leaving McDonagh Park, Nenagh last Saturday (18th August) despite Galway’s intermediate camogie team going down 0-14 to 0-9 against Cork.

It wasn’t the performance!  That was very poor with Rachel Monaghan and maybe two or three other players able hold their heads up afterwards.  And it wasn’t the result!  Cork were there for the taking and will start the All-Ireland Final as favourites.

No, it was the fact that Galway were there and that they’d dug deep to get there.  In three of their round-robin matches, the Tribeswomen needed late scores to amass seven of their 10 overall points.  They’d shown character to dig out wins over Antrim and Westmeath and a draw with Tipperary.

It was a tough group and they weren’t fancied to advance.  But even though they didn’t have a league campaign, they gelled together under an experienced manager in Noel Finn and secured their spot in the final four.

And that’s where the conversation should move to now.  Where does Galway camogie go now to build on this and make sure the supply line into the senior team becomes more fruitful which hasn’t been the recent case.

That can’t be blamed on previous managers!  Brian Griffin and Lorraine Larkin worked extremely hard at continuing to nurture Galway talent and were often frustrated in trying to get certain players to commit.

The new Galway camogie executive has suggested that they are going to ensure young players come through the intermediate set-up for at least one season.  This needs to be enforced properly as too many players are being let slip through the nest or have their progress halted.

Case in point – Siobhan McGrath!  One of the most naturally gifted players this county has ever produced was fast tracked needlessly into senior in 2017.  After Sarsfields success in back-to-back titles, it’s been a long two years for McGrath and she would definitely have benefitted from playing the second tier.

Now, McGrath has earned her senior spot and was electrifying against Tipperary in last year’s quarter-final and also off the bench against Dublin in 2018.  I feel she’ll be a future All-Ireland senior winning captain.  But we need to let things advance naturally and give these players time.

In 2013, Galway won the senior and intermediate All-Irelands with Tony Ward overseeing both squads.  That’s a mammoth commitment and while it’s easy point at Paudie Murray in Cork, Galway doesn’t need one person when they have two qualified candidates in Finn and Cathal Murray.

This year was disjointed for various reasons and I’ll wait until the senior wrap before discussing that.  But Galway camogie needs stability now and the Executive need to ensure Murray and Finn’s availability as soon as possible for 2019 so the two managers can map out a plan.

Cork named 25 players on the senior semi-final match programme while Galway named 30.  Caitriona Daly and Ava Lynskey were involved with both senior and intermediate panels but there are others who would have been better served in Nenagh rather than Thurles.

Niamh Horan, Leah Burke, Michelle Skehill and Leanne Freaney were in the senior squad but I didn’t come across their names on the intermediate list.  They are worthy to train with the seniors but if they aren’t getting game time, shouldn’t they be made available to the intermediates, even as impact subs?

Again, we should point out that progress has been made and it’s about moving on and making things better.  Galway camogie is licking its wounds after a third consecutive year without stamping a Croke Park ticket but they’re not out yet.

This winter is going to be an important one regarding the direction the game is going in the county.  The link-up between the top two teams will be one of the first steps in getting Galway back on track and reminding Cork and Kilkenny that they haven’t gone away!