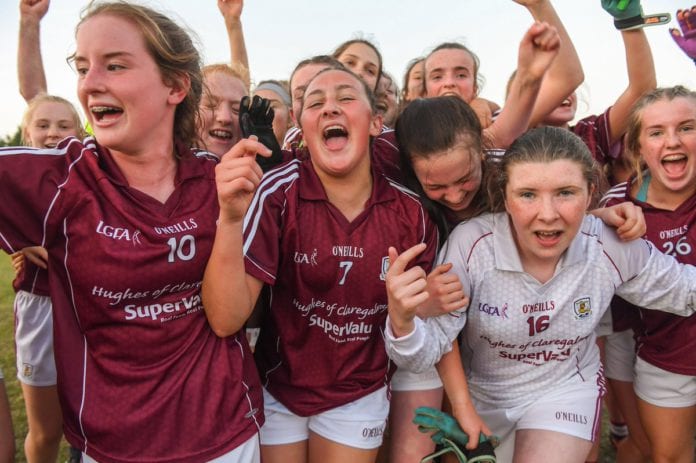 In another amazing decider showcasing all the excitement of ladies football, Galway won a rollercoaster decider to take their second All-Ireland title win of 2018.

It was also the first time that the Tribesgirls won back-to-back under 16 crowns but that only began to tell the story of an encounter that was the pendulum swing to the extreme throughout the 80 minutes.

Galway were six points ahead thanks to two Aoife O’Rourke goals inside four minutes, Kerry were six clear at half-time thanks to a Siofra O’Shea hat-trick before six unanswered points for the Connacht champions forced extra time.

🏆 A magnificent All-Ireland U16 A final in Toomevara (@ToomeGAA) went @GalwayLgfa's way after extra-time.

🏐Kate Slevin scored 1-7 for the winners as 3-6 for Síofra O'Shea wasn't enough for @kerryladiesfoot@ConnachtLGFA @MunsterLGFAhttps://t.co/NDT45XzPxu