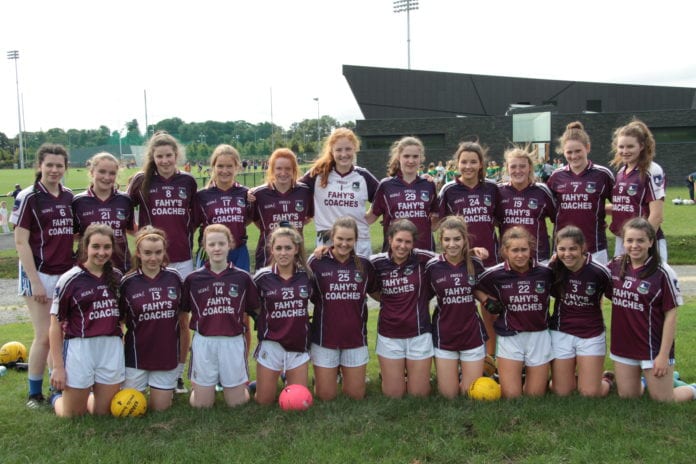 The Ladies Football Association under 17 Academy Blitz was held in the GAA National Development Centre in Abbotstown on Tuesday (21st August) and three Galway teams took part in the event.

Connemara Gaels and Northern Stars made it to the quarter-finals in the championship knockout phase before seeing their tournaments come to an end.

However, City Shamrocks defeated Tyrone in the Semi-Final Plate Knockout phase by 1-7 to 1-5 but were unfortunately overcome by Roscommon in the final by 2-4 to 0-1.

It was a very enjoyable day for all as Galway’s future stars got to test themselves against the country’s elite and many on duty should be part of the minor panel in 2019 when they begin the defence of their All-Ireland title.