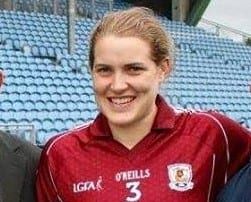 While mainly being used as an impact substitute during the summer, Connolly’s arrival onto the field gave Galway a major boost most notably in the Connacht Final against Mayo.

Congratulations to Noelle Connolly & to Galway Ladies and Management who defeated Westmeath in the TG4 All Ireland Senior Championship Round 3. pic.twitter.com/DQxnNaxxLn

She stopped one almost certain goal to ensure the Tribeswomen stayed ahead of their provincial rivals before qualifying for a first All-Ireland semi-final since 2014.  And while unlucky not to earn a starting berth, she ensured Galway’s strength in depth was secure through her consistency.

The defender topped the poll with 43% of the vote ahead of St. Gabriel’s Caitriona Cormican (37% – who was going for the double after winning the camogie), Corofin’s Tracey Leonard (13%) and Kilkerrin/Clonberne’s Olivia Divilly (7%).

Who was your top Galway senior ladies footballer in 2018?