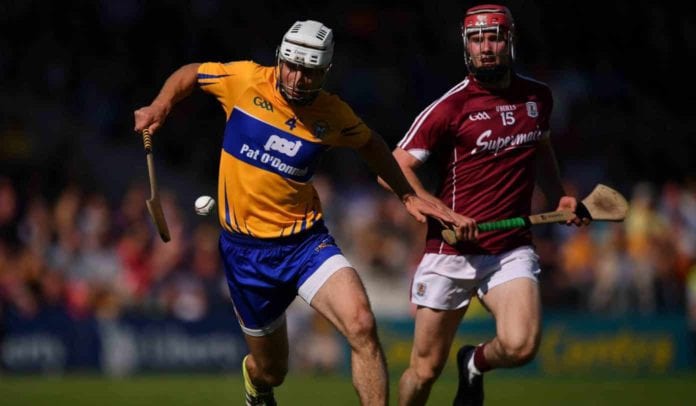 The Sunday Game was already committed to showing the two Super 8 encounters (Donegal vs Tyrone, Dublin vs Roscommon) but will now fit in the much eagerly awaited rematch after last Saturday’s (28th July) epic draw in Croke Park.

Micheal Donoghue’s charges finished 1-30 apiece with Clare in Croke Park and will renew hostilities with their Banner neighbours just eight days later on Sunday at 2pm.

The game will be screened on RTE2 while Donegal vs Tyrone remains on RTE1 at 3.30pm.  The Dublin vs Roscommon tie moves to RTE News Now also with a 3.30pm throw-in.

On an amazing weekend of hurling yesterday's Limerick v Cork thriller drew an average of 543,000 viewers, 60% share of the available audience, while Saturday's Clare v Galway semi-final was watched by an average of 454,000 viewers, a 47% share. #rtegaa

Another game effected by Galway’s draw is the under 21s and their penultimate round tie with Tipperary has been postponed until Wednesday, 8th August.

Tony Ward’s charges were meant to face the Premier County on Saturday in Cusack Park.  But with Sean Loftus and Brian Concannon involved with both squads, the GAA have put back the fixture to Wednesday (7.30pm) in the Gaelic Grounds in Limerick with LIVE! Coverage on TG4.

The winners will meet either Cork or Wexford who proceed on Saturday at Nowlan Park (4pm).  And should the seniors prevail, they’ll face Limerick in the All-Ireland Final on August 19th.

It’s going to be a bumper few days for Galway supporters and not just because of the Races in Ballybrit as two other maroon and white senior teams are in front of the TV cameras this Saturday (4th August).

Galway’s senior footballers play their last round-robin game in the Super 8s at 6pm in Pearse Stadium and that will be shown on Sky Sports.  The Tribesmen are already through to the All-Ireland semi-finals but a win or draw will guarantee them top spot and subsequently avoiding Dublin.

Monaghan need at least a draw to ensure their passage with Kerry and Kildare clashing in Fitzgerald Stadium, Killarney at the same time.

And Galway’s senior camogie team also go after an All-Ireland semi-final spot when they meet Dublin on RTE this Saturday.  Cathal Murray’s charges throw-in at Pairc Ui Chaoimh at 7.15pm with the winners facing Cork or Kilkenny two weeks later.