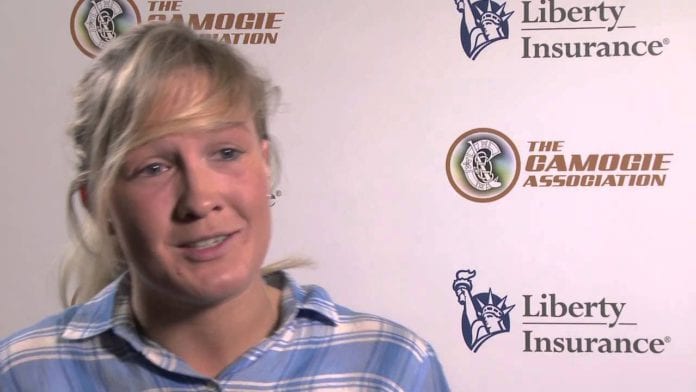 Galway’s formidable full back line were vital in the Tribeswomen stamping out the Dublin threat in Saturday’s (4th August) All-Ireland senior camogie quarter-final as they ran out 0-20 to 0-4 winners.

Shauna Healy played a key role (along with team mates Sarah Dervan and Tara Kenny) in cutting out serious threats that could have opened up a major chances for their opponents.

Galway’s target was to get back to the semi-finals and Healy, who was Galway Bay FM’s Player of the Match, said they were “back now where we wanted to be.”  She chatted to Galway Daily afterwards.