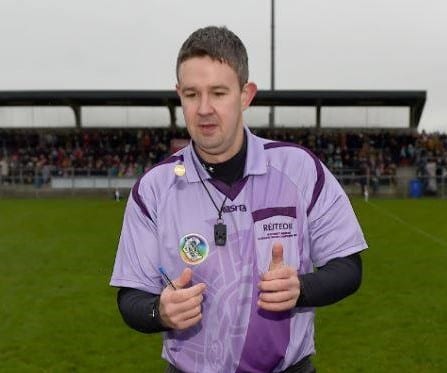 It’s an amazing turnaround, on a par with their 2013 success, and Ardrahan are back in the county semi-finals after this controlled performance over Davitts.

Three goals in three minutes from Brenda Kerins, Cliodhna Walsh and Dearbhaile Walshe but the blue and white brigade out of sight and they always held a controlled margin throughout the contest.

Manager Fintan McNamara has seen his team respond from conceding eight goals in their first two games and now will seek revenge on St. Thomas who beat them by four points in the round-robin series.

“Davitts really put it up to us and we knew we were going to do that,” said McNamara afterwards.  “But we settled to our job and we got over the line.  We didn’t care if we won by one point or 20 points.

“All we wanted to win and fair play to the girls, they done that.  And they done the job and we’ll forward to the semi-final next weekend.

“We’re in the semi-final now and we’ll take one game at a time.  Whether it had been Mullagh or Sarsfields or St. Thomas, we don’t mind.  We just take Thomas’ as they are.

“They beat us in the group stages.  We’ve a big battle.  We’ll knuckle down now during the week and we’ll get ready for the semi-final against Thomas’.

“For them first two games (and) I’m not making excuses, we were down a lot of players.  And that’s the way it went.  We set our stall after them two games and fair play to girls, they’re a great bunch.

“And they settled down and they’ve done what they’ve done.  We wanted to get to a semi-final and we’re here and we’ll take it from there after that.

“The one thing we talked about all week was getting that start and not letting them getting on top and getting their heads up.  Fair play to each and one of the girls.  They got the start.  They hurled and that’s what we wanted.

“We knew Davitts were going to get a purple patch and we knew that was coming.  And we knew they were going to throw everything at us.  We’ve always said we’ll keep the scoreboard ticking over and that’s what the girls done.”