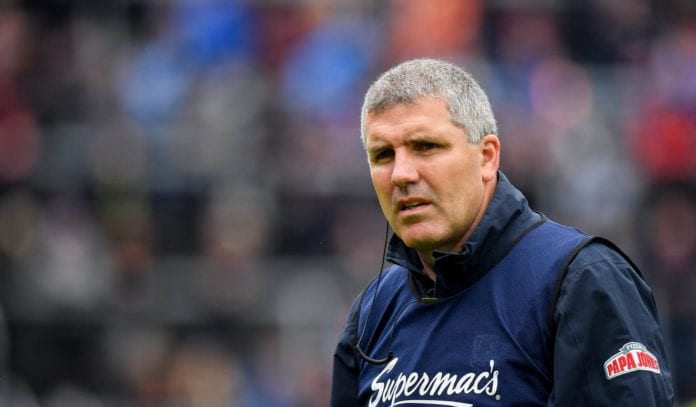 Galway’s Senior Football Manager Kevin Walsh has announced that he is stepping down after five years leading the team.

Galway GAA praised Walsh for the many successes Galway Senior Footballhas had under his leadership include promotion to Division 1.

His departure comes after a week long review process, after which Walsh decided not to continue as Galway Senior Football Manager.

Walsh said of his time with the team that “It was both an honour and a privilege to manage our County to two Connacht titles, promotion to Division 1, and maintaining that status.”

“Over 25 players have made their Senior Championship debuts for Galway since then, and the commitment of the players over the years, has been one of the key factors in achieving those objectives. We would like to thank them for their dedication and friendship.”

“We wish to acknowledge the substantial contribution of the Backroom Team, in putting in place, the systems and processes, that have been the foundation of what was built over the past few years.”

“In many ways, the forgotten heroes of the modern game are our families, without their understanding, support and commitment, none of this would be possible.”

He also thanked Pat and Una McDonagh, saying that their support for Galway GAA “in general is the envy of counties throughout the country”, as well as local media coverage and the County Board.

“Finally, we would like to thank the genuine Galway Football supporters. Your passion for the maroon and white never went unnoticed.”

“I am honoured to have been given my chance to leave Galway football in a better place and I wish the players and new management team every success in the future.”