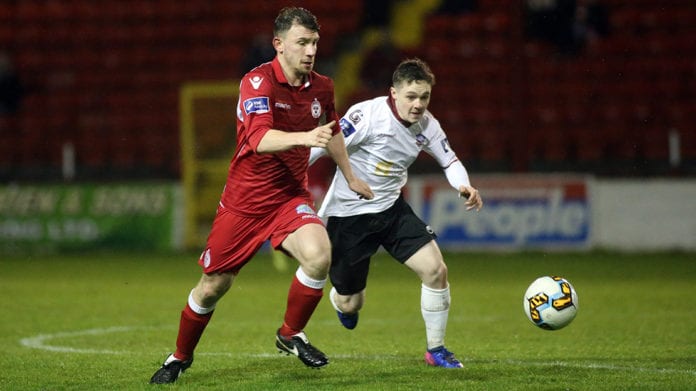 Shane Keegan has concluded his 2018 squad with the signing of English midfielder Harrison Reeves.  The 19-year-old spent his career with Bristol City, having joined their academy’s under-10 team, where he remained until turning 18 last season.

Delighted to have signed for Galway United. Looking forward to a new challenge and what the future has to hold with the club! 🇮🇪🍀⚽️ pic.twitter.com/cL6HwmZ2qi

“Harrison came to us late in pre-season, but he really impressed when he played against Shelbourne,” said Keegan to Galway United’s official website.  “Harrison also went out and played for our under-19s the following day as well and again, did fantastically in that game too.

“He’s really technical, has a fantastic eye for a pass and through ball, he gives us options behind the striker and also a little bit deeper in the centre of midfield as well.

Reeves’ signing came two days after Danny Furlong’s arrival was confirmed.  The Rosslare native has 114 career goals since making his debut for Wexford Youths in 2008.  The prolific attacker now returns to the League of Ireland having spent the last two seasons in the New Zealand top-tier with Southern United.

“Danny is at an age now when his prime years are ahead of him, so I think we’re getting him at a good time,” added Keegan.  “Obviously we know each other inside out, we had that fantastic year where we won the First Division (with Wexford) and he scored 30 league goals, that was a phenomenal return.

“We’ve got a lot of creativity in the team and we have plenty of players that can create chances. Danny’s job will be to be in and around the box and to get on the end of those chances and that’s what he’s a natural at doing.”

“I was enjoying my time in New Zealand,” said Furlong to Galway United’s official website.  “But Shane got in touch with me and there was a big decision to be made and it’s one I’m delighted with,” he explained.

“The lads in the dressing room have made me feel very welcome since I came in over the last few days. The excitement around Galway about getting back into the Premier Division attracted me, that’s top of my agenda, to help the club to get back where they belong.”