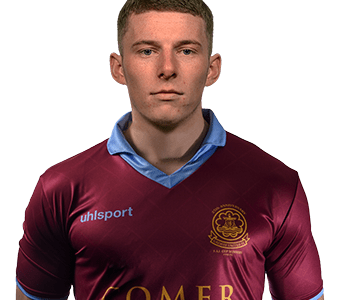 On the day two of his former clubs meet, former Galway United player Eric Foley has announced his retirement at just 28 years of age.

The much-travelled League of Ireland player also spent time with Athlone Town in 2014 and 2015 and announced his retirement through his twitter account on Friday (6th July) morning.

Originally from Dublin, Foley came through the Home Farm youth system before spending four years at Glasgow Celtic between 2006 and 2010.

He also spent time at Drogheda United, Shelbourne, Bray Wanderers and most recently Glenavon but he did spend four months plying his trade with the Tribesmen two years ago.

“So the time has come to hang up my boots professionally,” said Foley on his twitter account.  “I’ve been lucky enough to have had options for the start of this season but unfortunately I cannot commit to these contracts.

“I’d like to thank everyone who has left an impression on my footballing career, from my first manager Billy Hunt at Home Farm for 10 years to Gary at Glenavon for a short spell.

“My teammates and opposing player’s [sic], I’ve met some nutters along the way haha, but I don’t think I have a bad word to say about anyone, one massive bunch of gentlemen in Irish football.

“Finally, my family, Jim, Marian, Melanie and Gillian. The amount of sacrifice they have done for me over the many years is remarkable. I can’t thank them enough. I think the first session Jim missed was when I moved to Glasgow.

“Anyway, thank you all for everything over the years, hopefully get out to a few games soon.