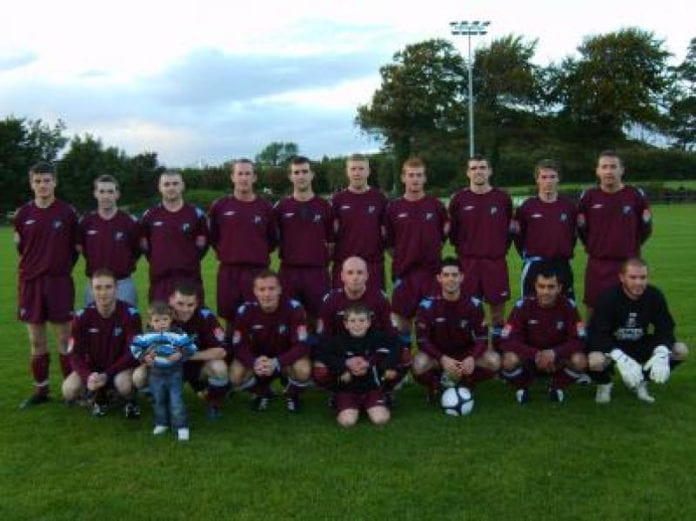 All roads lead to Waterford this Sunday (4th February) as Mervue United go in search of an FAI Junior Cup quarter-final place.

Gareth Gorman and Noel McDonnell’s men take on Ferrybank FC in the Village Grounds at 1pm.

While a home draw would have been preferable, the Galway side didn’t have any problems in their last away assignments when they beat Nenagh Celtic after extra-time three weeks ago (14th January).

Goals from Barry Moran and Eoin Concannon allows the visitors to overturn a second half deficit to book their last 16 spot after extra-time.

After a goalless first half, a Mark Walsh free kick on 55 minutes beat the wall and found the net to put the Tipperary team in pole position.  But Mervue United didn’t lose focus and gradually turned the tie around.

Moran, Jason Molloy and Enda Curran were all denied chances while keeper Peter Kelly was forced into denying Walsh a second.  But on 68 minutes, Moran picked his spot from a free kick outside the penalty box finding the top corner to level the teams.

At 1-1, an extra 30 minutes was needed but Mervue seized an advantage on 105 minutes.  Molloy was the provider sending a teasing ball towards the area and Concannon was first to meet the ball with a powerful header putting them in front.

They withstood an onslaught from the hosts in the second period as Keith McHugh, Eric Browne and Tommy Walsh held firm in defence ensuring Nenagh didn’t find an equaliser.  And that focus and commitment will be in abundance again on Sunday as they seek to continue their journey.

A big thank you to Stephen Francis & @TheHuntsmanInn for their kind sponsorship for the club's Junior A team for Sunday's big @FAIreland Junior Cup last 16 game in Waterford away to Ferrybank FC pic.twitter.com/31j3sbLOU6