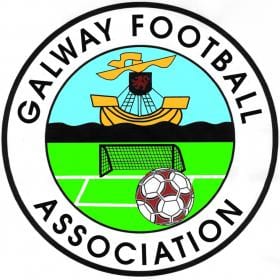 The Galway League’s under 18 soccer team are in the Youth Interleague semi-final this Saturday (7th April, 2pm) when they travel to take on their Cork counterparts.

Managed by Ollie Neary and Damien Brennan, they’ll be hoping a large travelling contingent head south for the away tie as they team looked to book their place in an FAI Final.

There are a couple of injury doubts for the Tribesmen’s with Conor Higgins definitely ruled out with an ankle injury.  Galway know they will need to be at their very best to get to the final against a strong Cork side, who were comfortable quarter-final winners over Wicklow.

But they have showed great so far winning all their games including eight different players on the scoreboard.  Mark Melody, Brian Lydon, Colin Kelly, Niall Rooney, Morgan Leggett, Mikey Devaney, Jason Gorham and Jack Flaherty have been on target.  Kelly has since moved onto to the National League.

Galway were comfortable winners in their opening two games.  They got past Clare 4-1 in the first round in October before repeating that result against Limirick in the last 16.  However, they needed an extra-time winner from Rooney in the quarter-final against Donegal and District League in Mervue last month.

The Galway League travel to face the Cork League this Saturday (7th April) in the FAI Youth Interleague Semi-Final.  Kick-off in Cork is 2pm.

Massive game this weekend as Cork Youth League Team play Galway for a place in the Inter League Final!